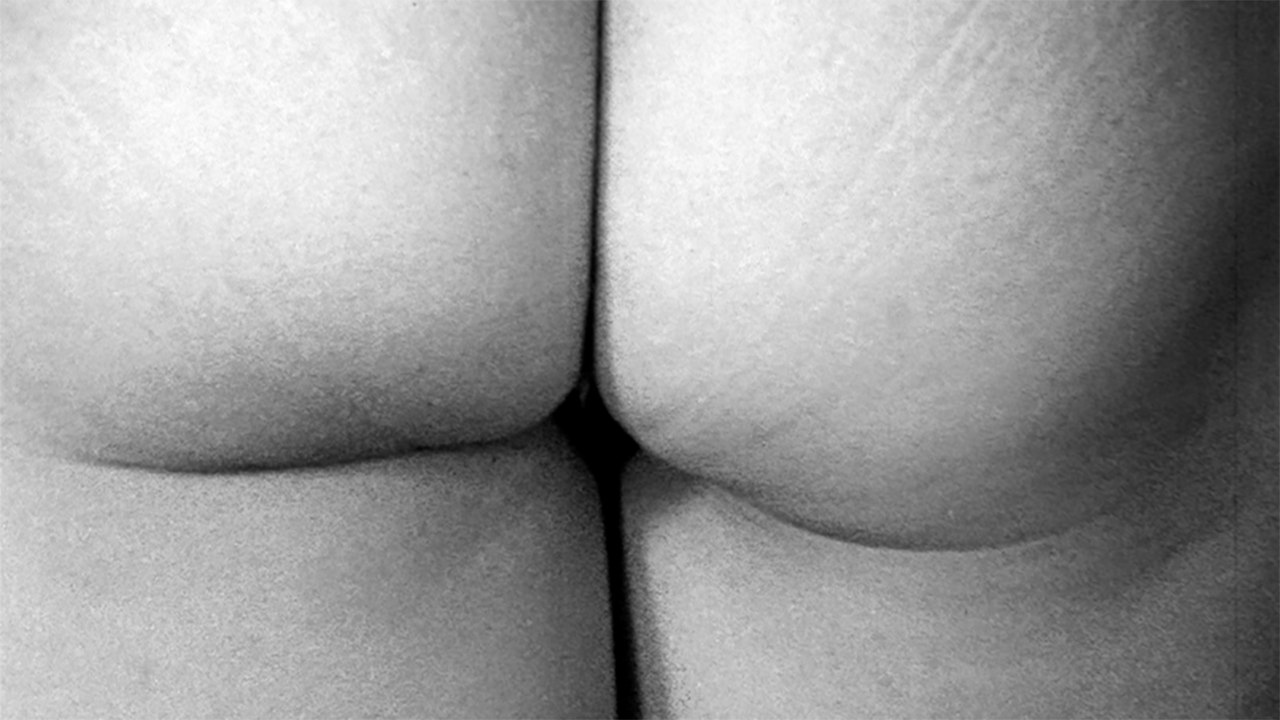 “This film, in fact, is like an aimless petition signed by people with their anuses. Next time we wish to make an appeal, we should send this film as the signature list.” (Yoko Ono, 1967)

In Yoko Ono’s Film No. 4 (1966-67), more commonly known as Bottoms, close-up shots of people’s behinds flash across the screen, following Ono’s simple script: “String bottoms together in place of signatures for petition for peace.” Two versions of the film were made—a short shot in New York and a feature length film shot in London, the latter of which was initially banned by the British Board of Film Censors.

Bottoms is now arguably one of Ono’s most iconic films, and serves as inspiration for Eyeblink: Hashtag Solidarity, an art party curated in collaboration with The Rude Collective, Xpace Cultural Centre, and Pleasure Dome.

While doing research on Yoko Ono’s practice, the curators at The Rude Collective and Xpace considered the ways in which notions of solidarity and activism are articulated in her collaborative work during the 1960s and 1970s.

“If one looks more closely at the methods used by popularly acclaimed couples such as Yoko Ono and John Lennon to, for example, raise awareness about the Vietnam war, what is at stake is minimal in contrast with individuals of lower social status who when petitioning for change potentially encounter more ostracization and even violence,” explain the curators at Xpace.

“Thus, this event speaks to two different artistic and political heists—the one lived by the baby boomers and the one led by millennials.”

Taking place on April 21, Eyeblink: Hashtag Solidarity delves into how political activism in the arts has changed and developed since Ono’s Bottoms through artworks by Kiera Boult, Sancta Maria, and Ninkuru Zinduru; projections by Erica Whyte and BlackPowerbarbie; and a DJ set by myst milano.

“We are teasing out our understanding of what has changed, what is still similar, and what it means when art institutions are becoming a channel to engage with activism and political issues. More importantly, not only the performativity of allyship is investigated, but the ways in which language is used.”

Get to know the artists taking over Eyeblink: Hashtag Solidarity, and get your tickets to join us for a night of art, music, and activism. 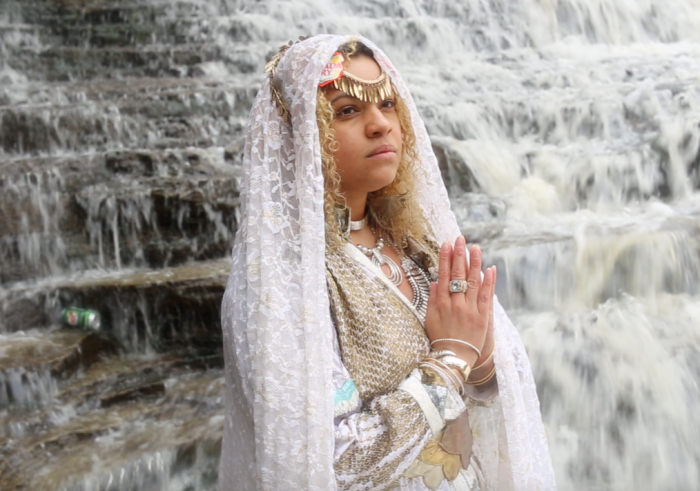 Kiera Boult is an interdisciplinary artist with a BFA in Criticism and Curatorial Practice from OCAD University. With a background in stand-up comedy, Boult’s performative practice is playfully reliant on camp and approachability. By using the trope of the therapy booth, she posits the artist as facilitator; opening conversations surrounding race politics, class, intersectional feminism and relational aesthetics, all the while skeptically addressing issues that surround the role and/or identity of the artist and the institution.

Amika Cooper, aka BlackPowerBarbie is a self-taught illustrator and animator living in Toronto. Her work is focused on lovingly representing the emotional vulnerability, complexity, joy, and beauty of black women. 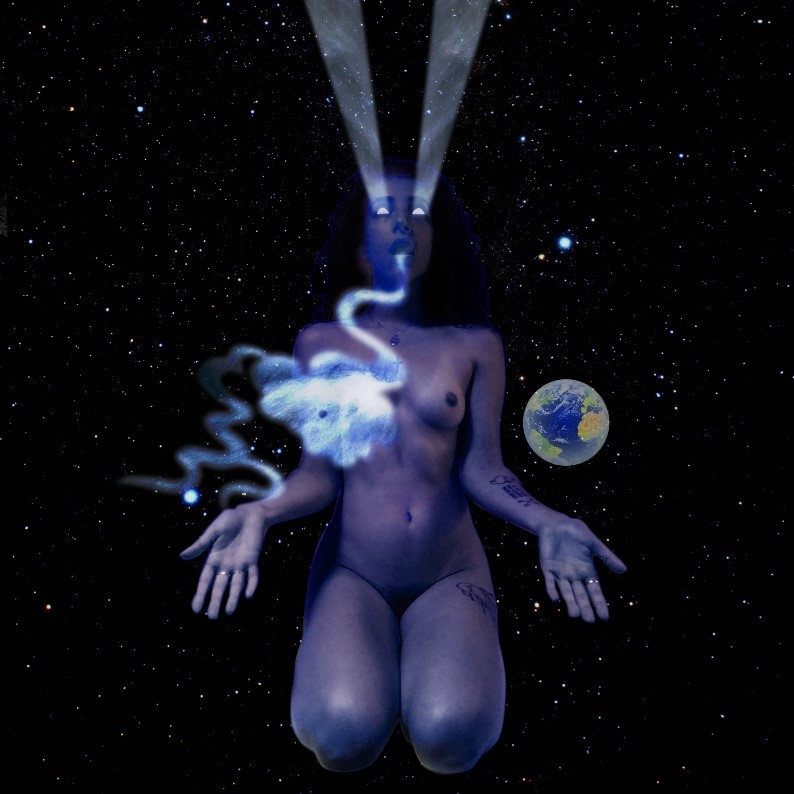 Sancta Maria calls herself the Whore Mother—she who evolves from a feminine body’s physical realm transcending the ideologies and structures that precede it. Embodied in the sacrificial art of the altar, Sancta uses triptychs as a medium to explore self-portraiture. Sancta’s process is to strip herself of everything she has materially, rendering her own body as a tool with which to create. By objectifying her body, she challenges concepts of how the feminine form is portrayed, choosing to visualize this imagery in a context where the body is perceived as out of place. This visual anomaly of the feminine sexual body is created through the context of the sanctuary of the church, thus recontextualizing her body within the divine. Sancta is born from the chaos of a feminine body’s trauma and her birth takes place in the waters of healing and the light of self-adoration. Sancta Maria celebrates the irony that there is nothing sexual about the body she occupies or the actions she assumes agency over; the Whore is perceived, the Mother is real. 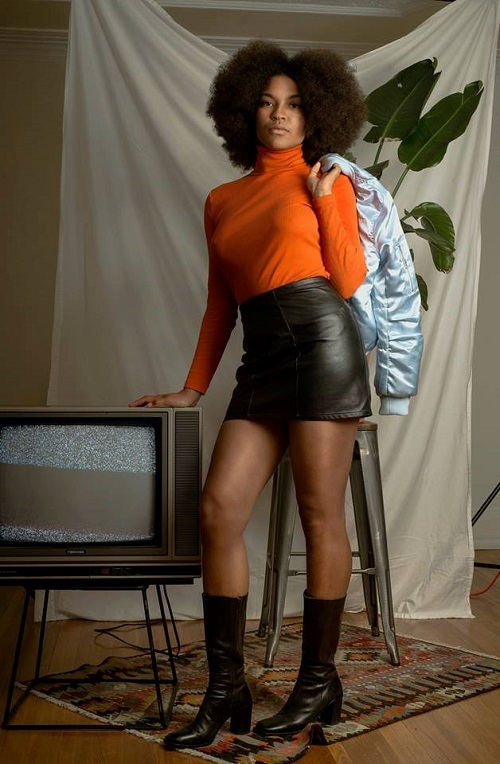 myst milano. is a multi-disciplinary artist who came on the Toronto nightlife scene in 2016, providing dancefloors across the downtown core with fun, upbeat sets that always stay true to milano.’s punk roots. Becoming a fixture in Toronto’s queer nightlife, milano. is notorious for energetic live shows and big attitude that captivates audiences and leaves the room on fire. Whether filling the main floor of the AGO with House organs, creating waves at intimate basement punk shows, or expressing themselves through visual art, myst milano. is armed with keen taste and a powerful voice. 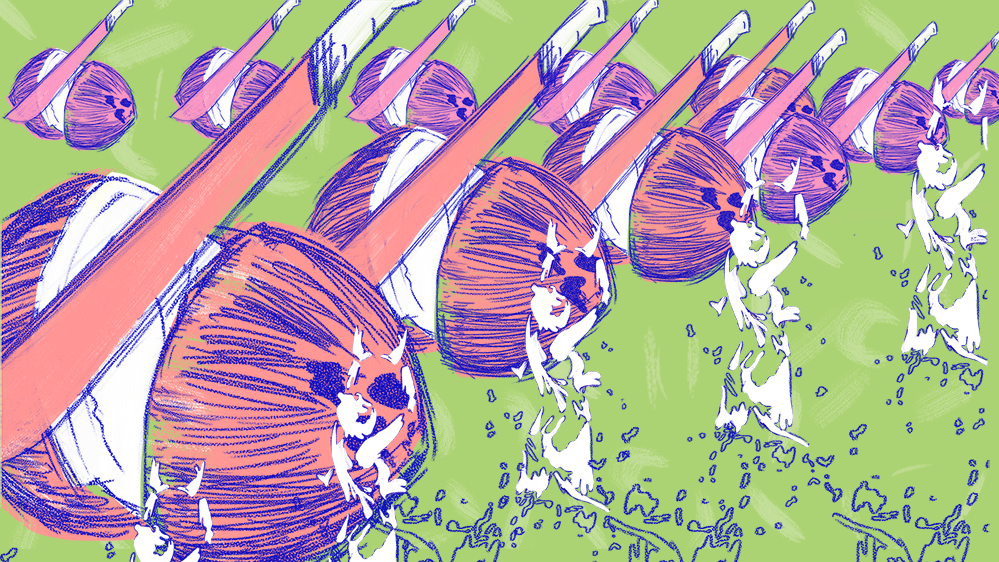 Powered by black tea, Erica Whyte is a Karaoke Kween and Storyteller preoccupied with illustration, generative design, and analogue. She currently works at Idea Couture in Business Development and studied Communication & Media Ecology at Carleton University. 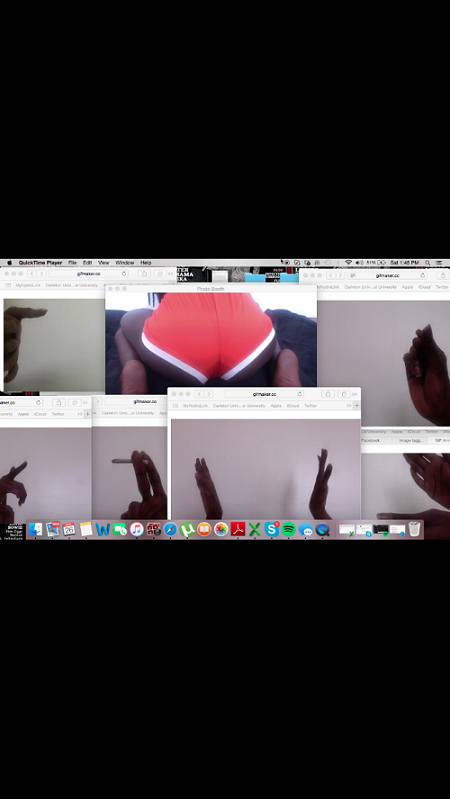 Kim Ninkuru is a multimedia artist from Bujumbura, in Burundi, currently residing in Toronto. She uses performance art, digital art, spoken word, and movement to create pieces that give her the chance to explore and express rage, love, desire, beauty, or pain in relation to her own body and mind. Her work heavily questions our preconceived notions of gender and sexuality and is grounded in the firm belief that blackness is past, present, and future at any given moment. She is dedicated to creating spaces where trans and gender non-conforming people of color can thrive, and to the liberation of black women, especially black trans women, around the world.

Eyeblink: Hashtag Solidarity is the second art party in a three-part series inspired by Yoko Ono’s 1960s and 1970s films. Learn more and get $10 tickets here.