TORONTO – October 16, 2013 – Taking home a prize of $10,000, Amélie Proulx from Quebec was thrilled to be announced as the winner of the 3rd Annual RBC Emerging Artist People’s Choice Award at a public reception at the Gardiner Museum last night. Like much of her work, her piece, entitled Jardinet Mécanique explores objects and environments inspired by the natural world that merge with architectural environments to reopen our perception of natural phenomena. The piece incorporates the use of porcelain, glaze, steel, springs, motors, microcontroller and an electronic circuit.

“We are very excited to be the channel that helps bring these talented emerging artists to the forefront, and thrilled to see that so many people voted and took the opportunity to comment on the artist of their choice on our website,” said Rachel Gotlieb, Interim Executive Director & Chief Curator of the Gardiner Museum.

“We are grateful to RBC for sponsoring the Emerging Artist People’s Choice Award. It is a huge boost to raising the profile of ceramic art, as well the five individual ceramists from across the country to the general public. The Gardiner Museum congratulates Amélie Proulx on winning this important prize. Her masterful installation work empowers ceramics with a new sense of agency and design,” Gotlieb added.

The RBC Emerging Artist People’s Choice Award provides each nominated artist with an opportunity to showcase their work at the Museum. To be eligible, participating artists must have been Canadian citizens or permanent residents, out of school and practicing for at least three years; no more than 10 years. They also must have participated in at least one exhibition at a recognized gallery, museum or other arts organization.

Each year the Gardiner Museum appoints a nominating committee comprised of five artists, educators, art critics, and/or curators from different regions across Canada and invites them to each nominate an artist. 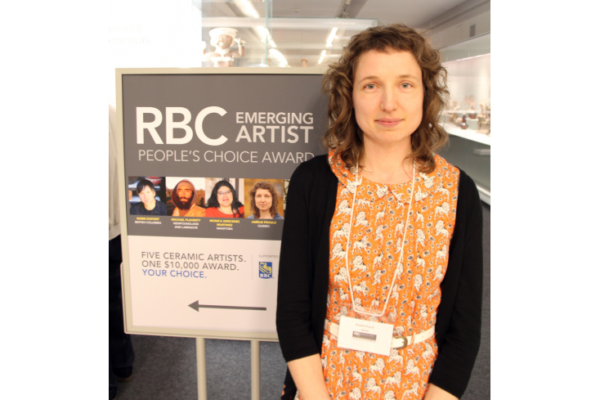 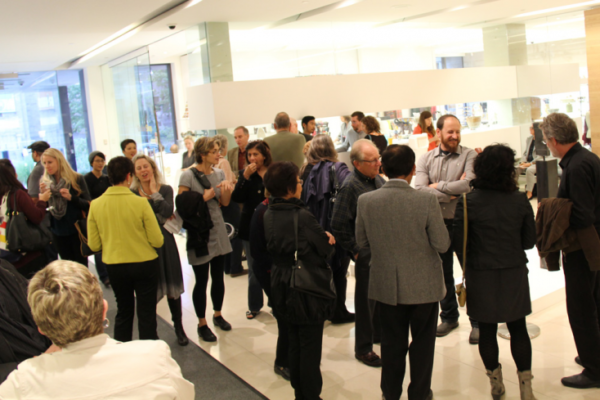 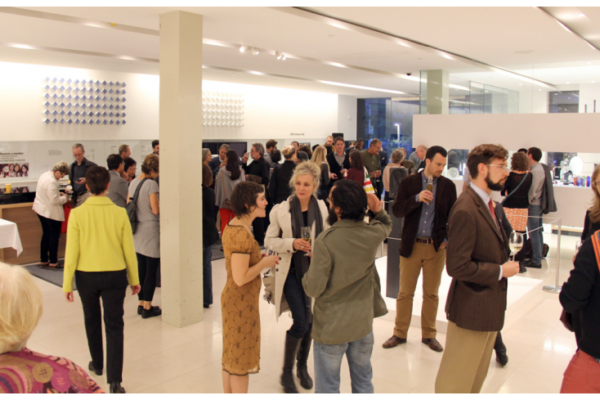 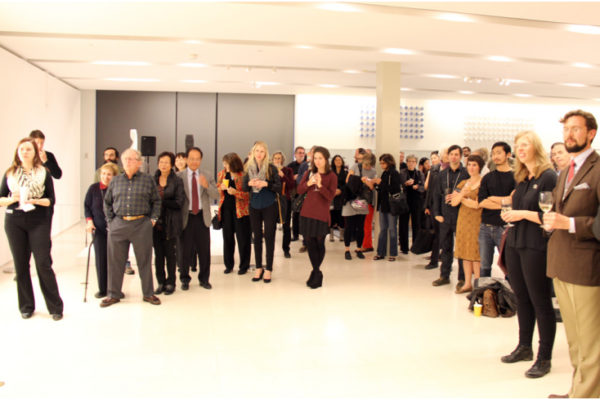 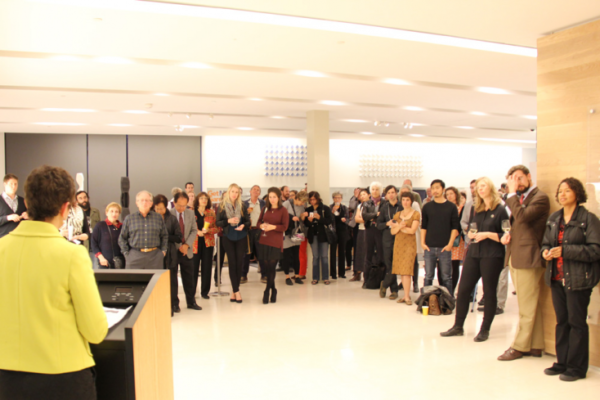 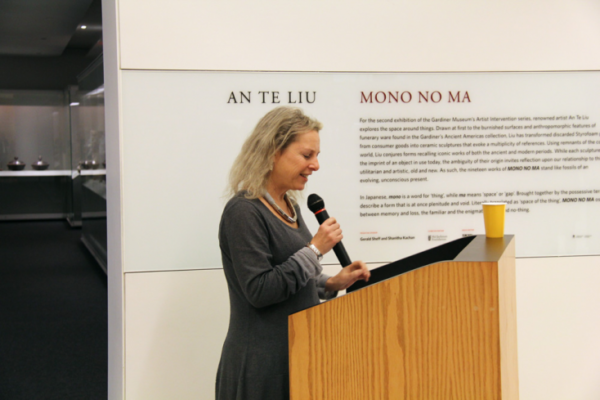 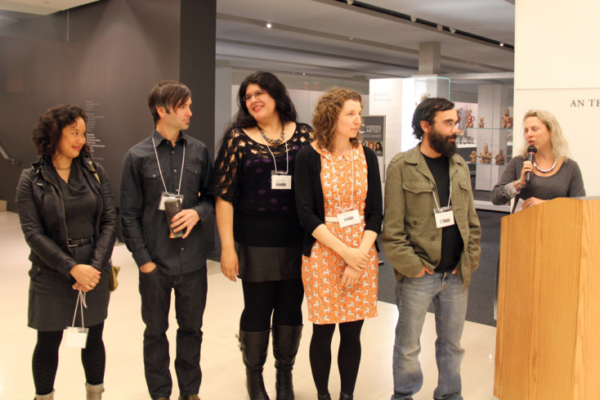 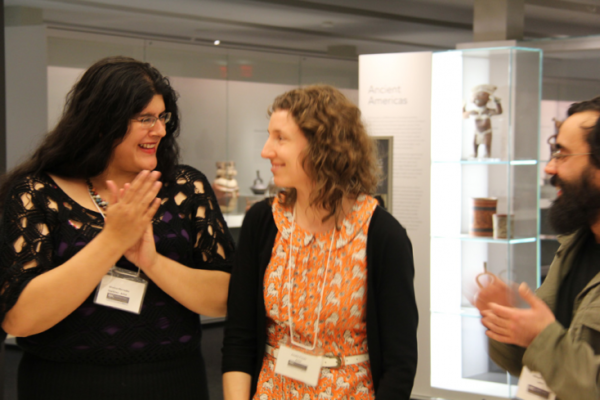 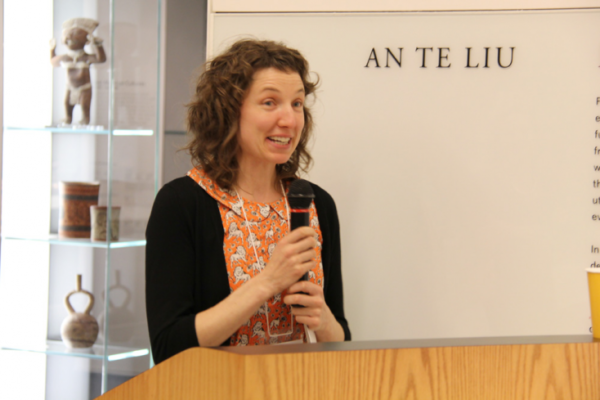 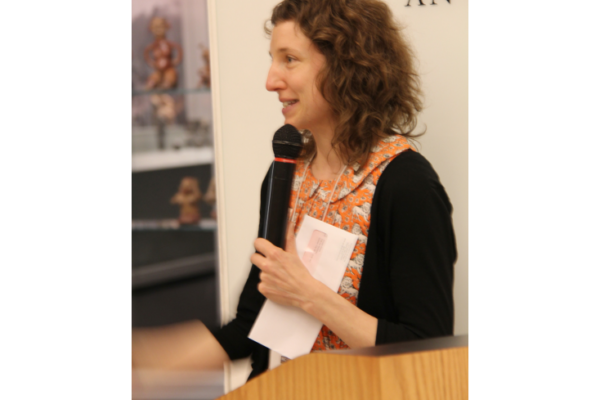 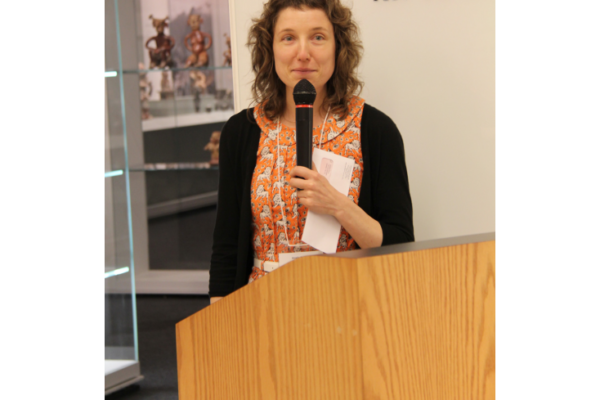 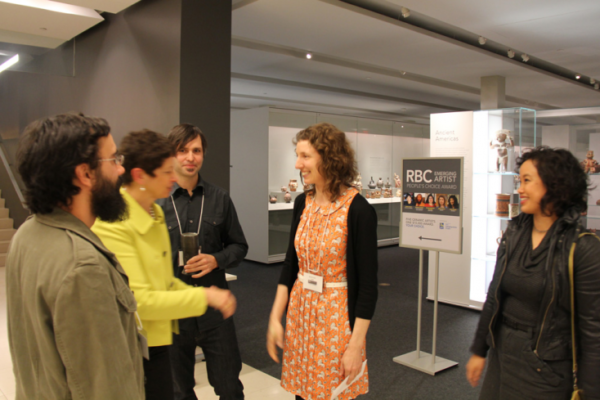 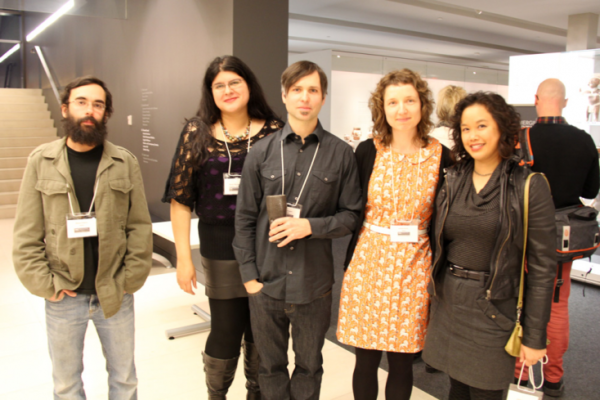 Amélie Proulx completed her MFA at the Nova Scotia College of Art and Design University in 2010. She has received numerous awards, including the inaugural Starfish Properties Student Award and an Honourable Mention from the 2010 Outstanding Student Achievement in Contemporary Sculpture competition, organized by the International Sculpture Center in New Jersey. Her work has been exhibited in solo and group shows across Canada, as well as in the United States, Australia and France. She has received funding from, among other sources, the Canada Council for the Arts, le Conseil des arts et des lettres du Québec, and the Province of Nova Scotia. She currently lives and works in Québec City where, in 2012, she co-founded a collective studio space for ceramicists, Les Ateliers du Trois Cinquième. She also teaches Ceramics and Visual Arts at the Maison des métiers d’arts de Québec and Cégep Sainte-Foy. (www.amelieproulx.com)

I create objects and environments inspired by the natural world that merge with architectural environments to point to and reopen our perception of natural phenomena. I believe that language fundamentally shapes our perception, and the focus of my recent works has been on the metaphors that reify natural phenomena through familiar images such as “fog veil,” “forest carpet” and “river bed.” Through writing and material exploration, I analyze these metaphors, establish new connections, and explore the outward signs of this new interaction. I start with the premise that before its firing, clay is a soft material that can be perpetually transformed if it stays wet. When clay is fired, it irreversibly becomes ceramics. The process of firing renders this material stable and permanent, thereby conserving its characteristics of stability and immutability for millenia. My explorations with this material lead me to develop different strategies for unsettling the inherent characteristics of ceramics and suggesting that this material could be perpetually transformed. My sculptures and installations are hence propositions of potential movement in a material considered immutable. The use of different materials and techniques combined with ceramics allows me to multiply the possible relations among elements occupying a given space. Thus, I activate ceramics in different ways to create kinetic sculptures and installations that suggest a perpetual slippage of meaning in language and in the perception of natural phenomena. 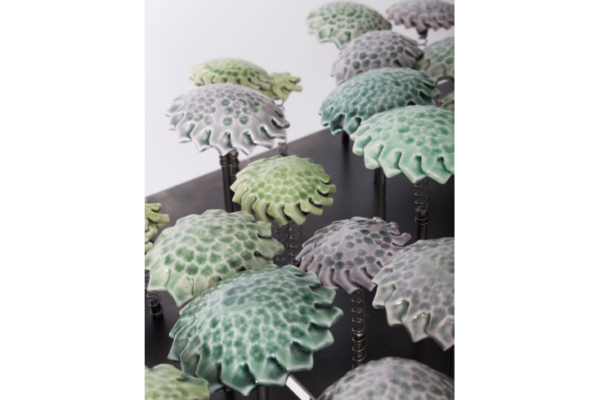 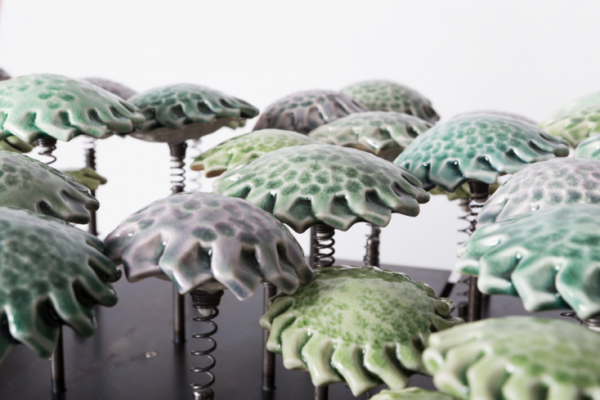 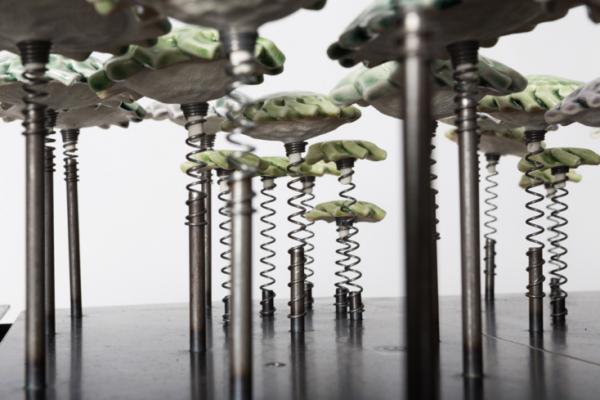 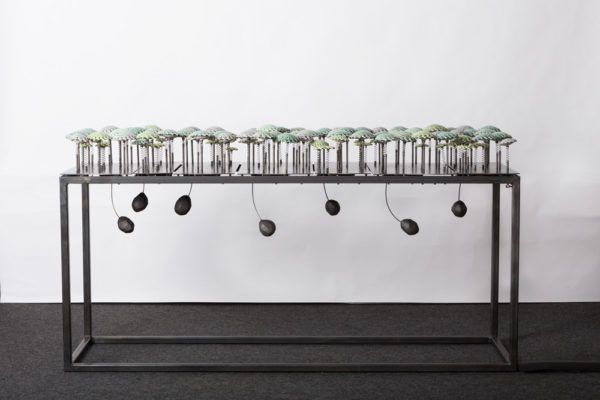 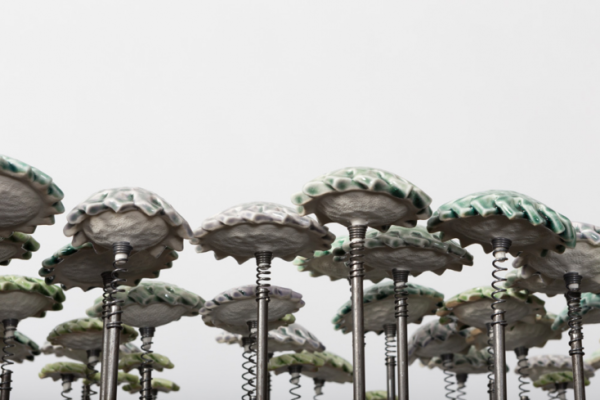 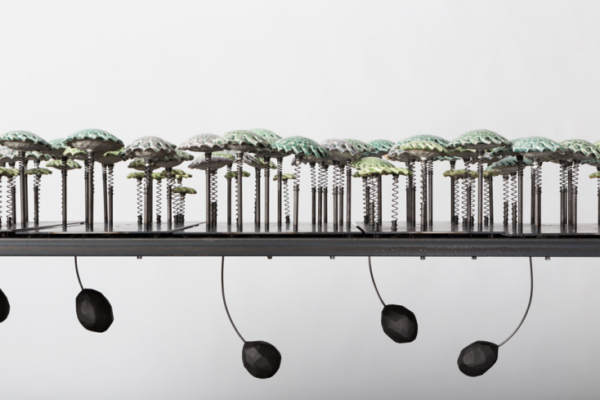 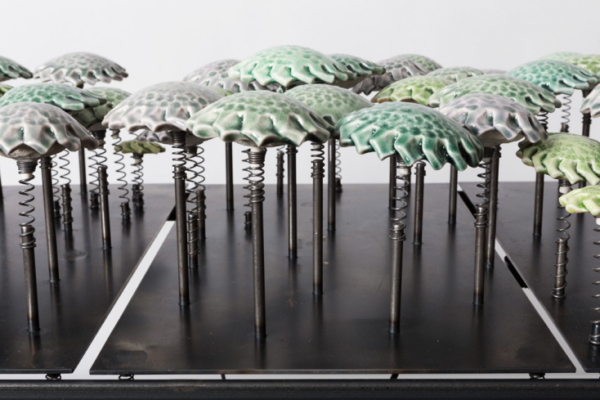 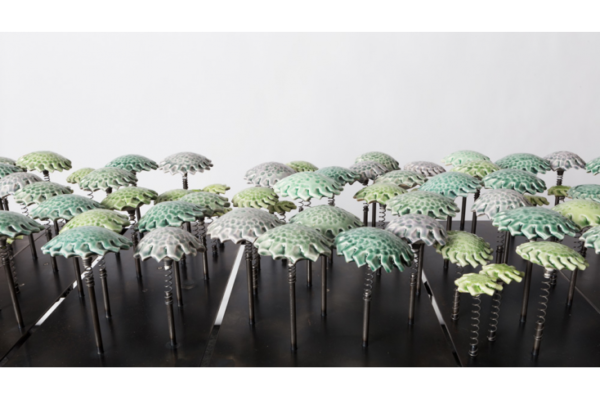 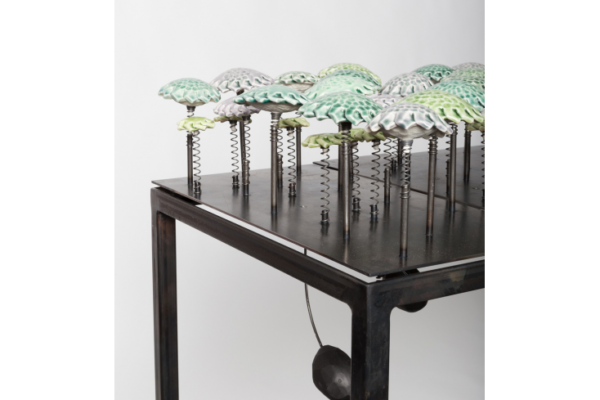 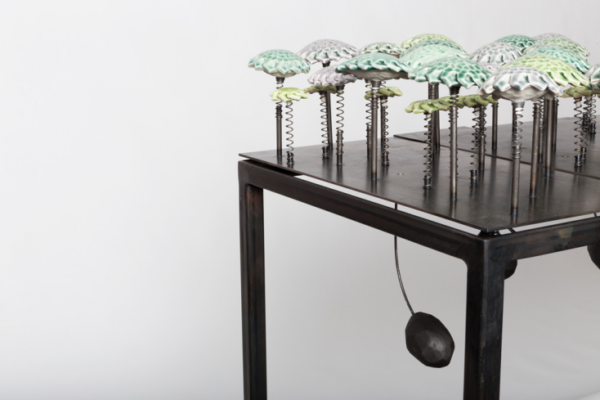 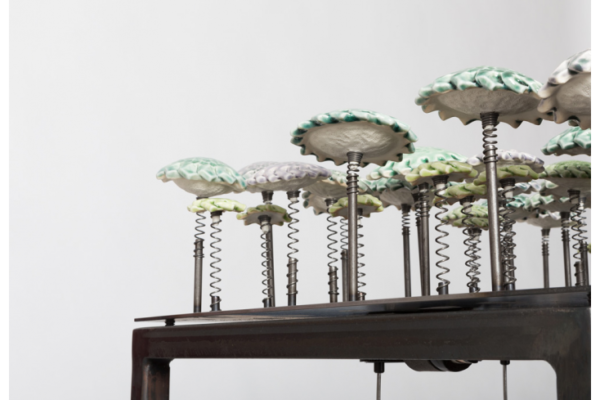 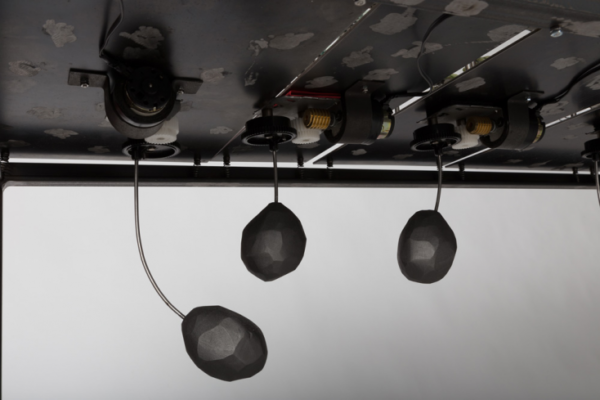 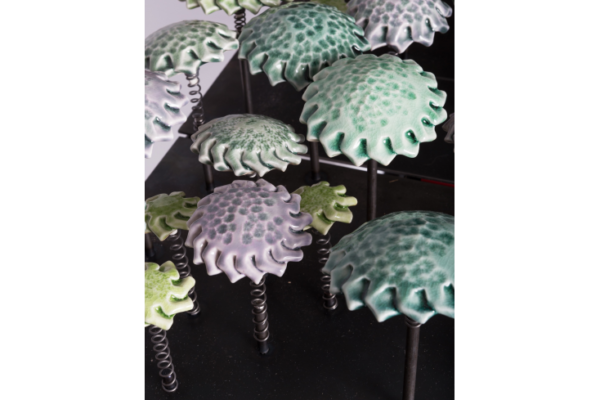 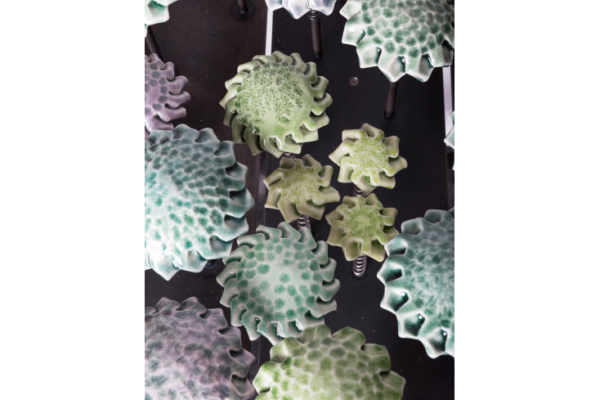 About The Gardiner Museum

The Gardiner Museum connects people, art and ideas by offering an intimate look at one of the world’s oldest and most universal art forms – ceramics. The Museum’s collections span continents and time, giving a glimpse into the development of ceramic processes, decoration and form. Year-round, the Museum mounts special exhibitions, events, lectures and clay classes to complement its permanent collection. The Museum also features the Gardiner Shop, which specializes in artist-designed, artist-made merchandise. More information about the Museum and its exhibitions can be found online at www.gardinermuseum.com. Members of the media can register to access the Gardiner Museum’s online media room (www.gardinermuseum.com/news-and-media/mediaimagegallery) where they may download images and additional media materials.