Home /   About the Museum  / Museum History

The Gardiner Museum of Ceramic Art was opened in 1984 by George and Helen Gardiner to house their collection of ancient American artifacts and European pottery and porcelain.

Between 1987 and 1996 it was managed by the Royal Ontario Museum, but a generous endowment from George Gardiner allowed it to regain its independence.

Attendance, membership, and program participation more than doubled over the next seven years, and the Museum became an important centre for ceramics in North America. The Museum was closed from 2004 to 2006 for a major expansion. Today the Museum boasts an expanding permanent collection, a full schedule of exhibitions and programs, and a growing audience. 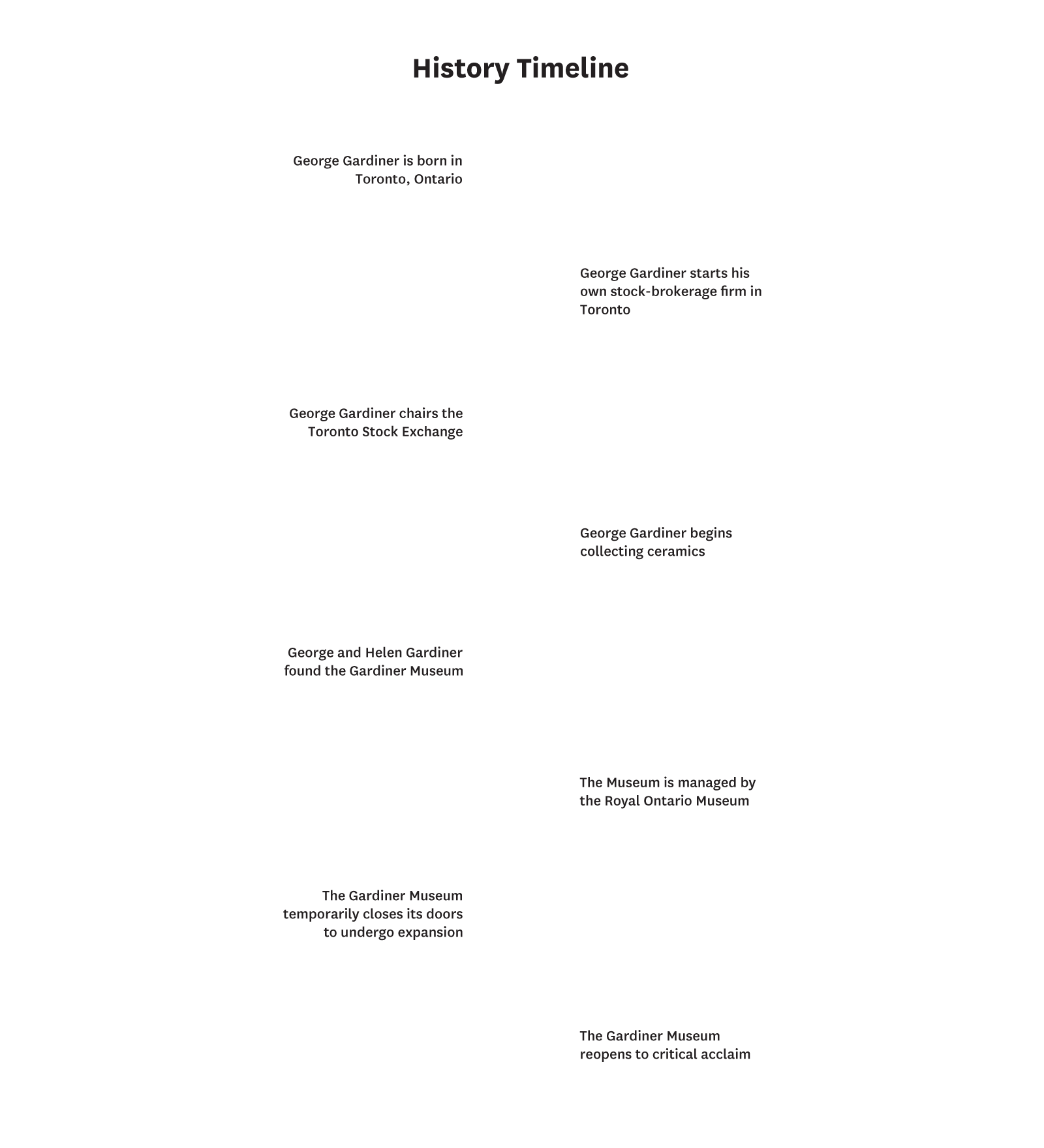 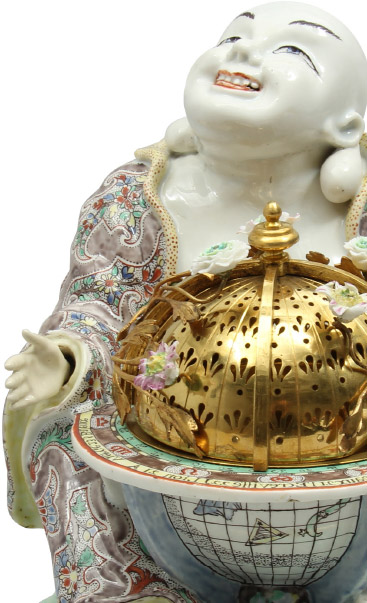 The Gardiner Museum temporarily closed its doors in 2003 to undergo expansion, with major funding from the Government of Canada, the Province of Ontario, an anonymous lead donor, and Museum co-founder Helen Gardiner. Building on the architectural strength of the original 1984 structure, the award-winning firm of Kuwabara Payne McKenna Blumberg led this compelling renewal. The Museum reopened in 2006 to universal critical acclaim.

The expansion allowed for the strategic addition of 14,000 square feet, primarily for new galleries, larger educational, administrative, and studio spaces, a new retail shop, a café and special events space, and an engaging extension to the street.

The expansion has led to a broader focus at the Gardiner: a capacity for a larger collection, more special exhibitions, and greater public participation in the Gardiner experience. 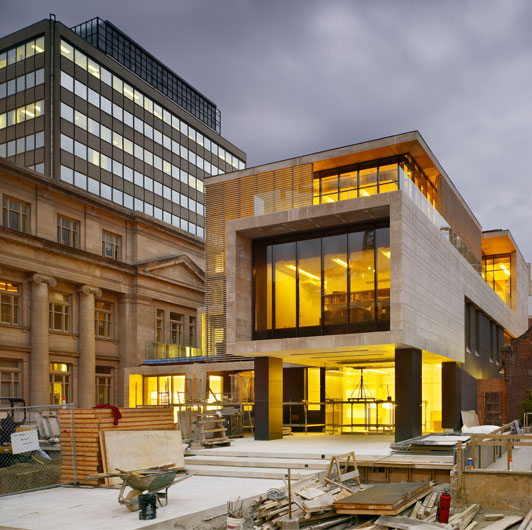 Born in 1917 in Toronto, George Gardiner graduated from the University of Toronto and the Harvard Business School. After working on New York’s Wall Street and in the iron-munitions industry, he returned to Toronto in 1946 to start his own stock-brokerage firm. He rose steadily to become a strong presence in Canadian business, chairing several Toronto-based firms and, in 1962-64, the Toronto Stock Exchange. He also contributed to the establishment of York University’s prestigious school of business.

George Gardiner began collecting ceramics in 1976, initially to decorate his home. He collected in specific areas of ceramic excellence in great depth including: Ancient American ceramics, Italian Renaissance pottery, English pottery of the 17th century and 18th century European porcelain. He was joined in this passion by his wife, Helen, a native of Kirkland Lake, Ontario, who had studied at York University. In 1984, they co-founded the Gardiner Museum. The Gardiners’ hope, Helen later wrote, was that the Museum “would contribute in a meaningful way to the understanding and appreciation of ceramic art worldwide.”

George Gardiner chaired the Museum’s Board until 1994. Following his death in 1997, Helen continued to support our community as a major philanthropist. She served as honorary chair of the capital campaign for the Museum’s expansion, and remained active with the Museum until her death in 2008.

In recognition of their contributions, the Gardiners were both admitted to the Order of Canada.