Home / Blog / The Art of Fermentation: Chicha and Ceramics
Blog

The Art of Fermentation: Chicha and Ceramics 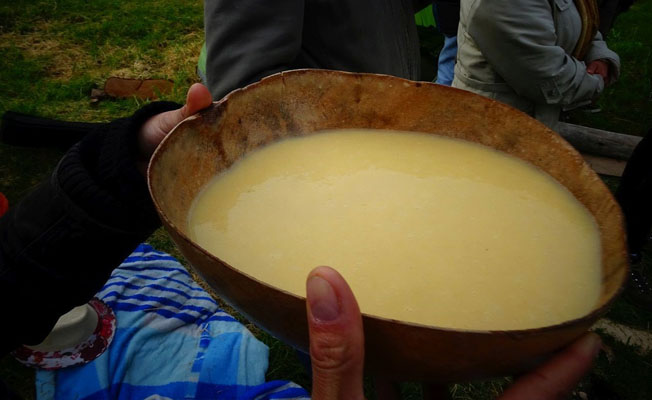 Commonly known as a corn beer, the word Chicha is actually used to describe any kind of fermented beverage made from grains, maize, or fruit. Historically, Chicha was associated with pre-Inca and Inca cultures, predominantly in Central America and the Andean South American regions. The ingredients used varied by culture and region, with factors like altitude and climate determining ingredient choice and availability.

Chicha was made primarily by women, often with corn because of its high sugar content. To make corn-based Chicha, women would chew on the corn kernels in order to break down the cells and release the sugars. This masticated lump or quid (as it is sometimes called) was then spit out into unglazed ceramic vessels. Saliva would help further break down the mass, and wild yeast from the air and passing bacteria would kick start the fermentation process. Water would be added after a couple of days, then boiled (getting rid of the bacteria) for a few hours or days depending on the desired taste. 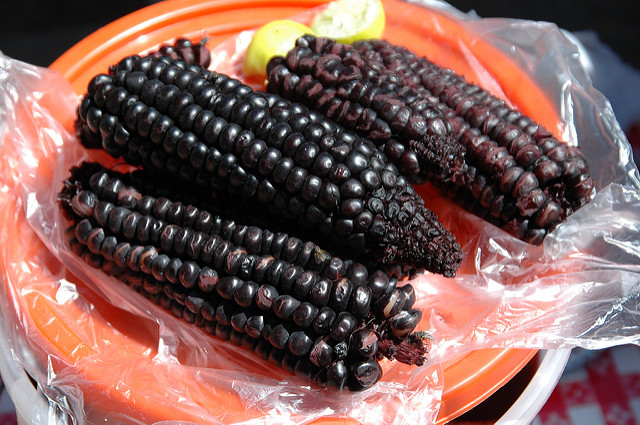 Historically, the vessels used for the fermentation process were not glazed, and over time would absorb some of the liquid, infusing the flavour of the clay into the Chicha and creating a Chicha terroir of sorts. In order to prevent the liquid from leaking, these unglazed vessels would often be burnished—rubbing something smooth, like a river pebble, over the clay surface before firing—to line up the particles of clay and make the vessel more water resistant. Over time and use, lipids (fats) from the ingredients would also be absorbed into the ceramic, further waterproofing it, and allowing the vessel to develop a patina. Fun fact: If you can isolate lipids found in ceramics, you can identify what they were used to hold.

After the corn and water mixture was boiled and cooled, the liquid would then be separated from the corn mass for further fermentation—nowadays, people use plastic filters or sieves, or traditional woven baskets lined with grass. The liquid is then put into another large ceramic vessel and allowed to ferment even more. A lid is placed on top of the vessel, creating an anaerobic environment—meaning that bacteria can’t survive—and following more fermentation, you have Chicha! This fresh carbonated beverage often had a low alcohol content, which varied depending on the length of fermentation. 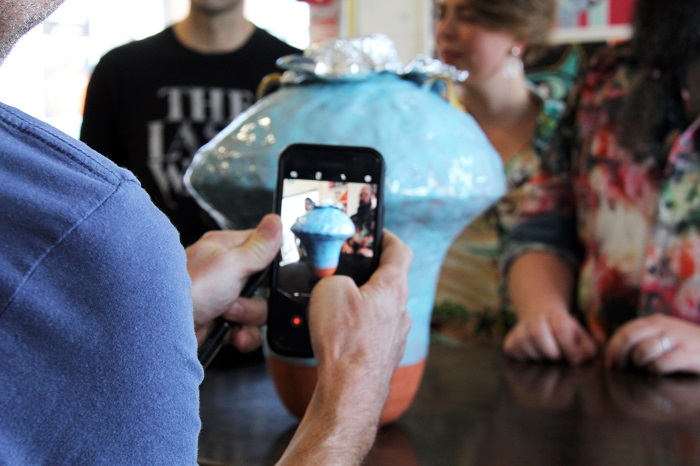 For our Maker Break event with Henderson Brewing, we wanted to celebrate and reframe the craft practices of the Ancient Americas, where the oldest objects in our collection originate, as well as highlight their long-lasting legacy by exploring the impact that they’ve had on modern day crafters.

Local Sheridan college ceramic student Keenan O’Toole has made ceramic vessels in our studios for an exclusive small batch Chicha-inspired brew currently fermenting at Henderson—the vessels are glazed so that the clay particles don’t mix in with the brew, and tin foil is currently covering the tops of the vessels to mimic the anaerobic environment that traditional Chicha would’ve relied on.

Join us for Maker Break: Henderson Brewing on Saturday, September 29 to taste variations of this brew throughout its fermentation process and to learn more about the ties between ancient craft culture, brewing, and ceramics!