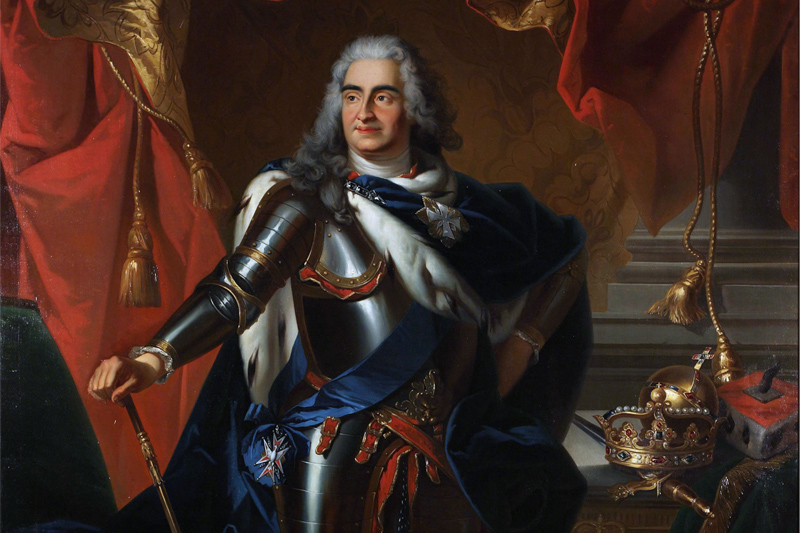 Saxon elector and Polish king Augustus the Strong was a major proponent of porcelain in the early 18th century. His love for the material drove him to imprison a talented young alchemist named Johann Friedrich Böttger in hopes of finding the formula for white porcelain, which at that time was a secret known only in China and Japan.

When Böttger perfected the recipe for porcelain in 1709, Augustus the Strong quickly founded the Meissen Porcelain Manufactory—the first porcelain manufactory in Europe—revolutionizing the porcelain market worldwide. He eventually amassed what is still the largest collection of Chinese and Japanese porcelain in the West, and began plans for a palace built to store the royal collection—an ambition that ultimately remained a dream.

Why was Augustus the Strong so enamored with Chinese and Japanese porcelain?

When the first substantial deliveries of white porcelain made in Saxony reached Augustus the Strong in Warsaw—his second residence as Saxon-Polish elector-king—he knew that this most sought-after material could become his unique feature among European princes. To ensure its availability to him, he started to build up the most important porcelain collection in Europe in terms of size as well as quality, knowing that the young Meissen manufactory would continually add to it. The East Asian originals in the royal collection served his manufactory as permanent sources of inspiration, stimulus, and incentive.

By 1719, Augustus the Strong had already amassed more than 20,000 works of Chinese and Japanese porcelain for his Porcelain Palace—how many pieces from his collection remain today? 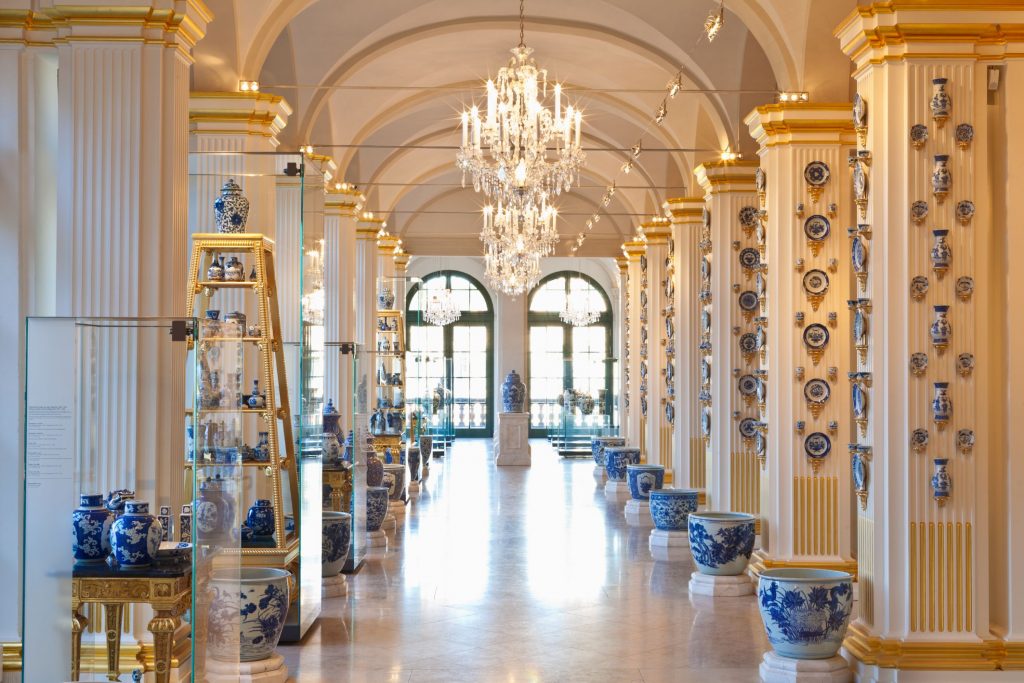 The number of Chinese and Japanese porcelain Augustus the Strong collected grew to 29,000 until his death in 1733. Roughly 8000 pieces from his collection are still preserved in Dresden. They are actually the subject of a major cataloguing, digitization, and research project of the Dresden Porcelain Collection, something we’re working on with experts from all over the world. The remaining third can be considered as a representative cross section of the original collection. The other pieces were dispersed throughout the world in many different ways: In the 19th century, when the Porcelain Collection tried to turn itself into a museum of world ceramics, so-called duplicates were sold or given away in exchanges. When Saxony became a republic in 1918, parts of the porcelain collection became public whereas others stayed with the royal family and were partly auctioned. More losses occurred during the Second World War, when the collections were moved to different repositories outside of Dresden and later to Russia, from where the biggest part returned to Dresden in 1958. Today, we can recognize the pieces originally in the collection of Augustus the Strong thanks to their historic inventory numbers. They are treasured objects in public as well as private collections and in the art market. I call them our ambassadors in the world as they keep the memory of our history alive.

Augustus the Strong established the Meissen manufactory after alchemist Johann Friedrich Böttger, who he had imprisoned, discovered the formula for porcelain. What effect, if any, did this have on Augustus the Strong’s porcelain craze? 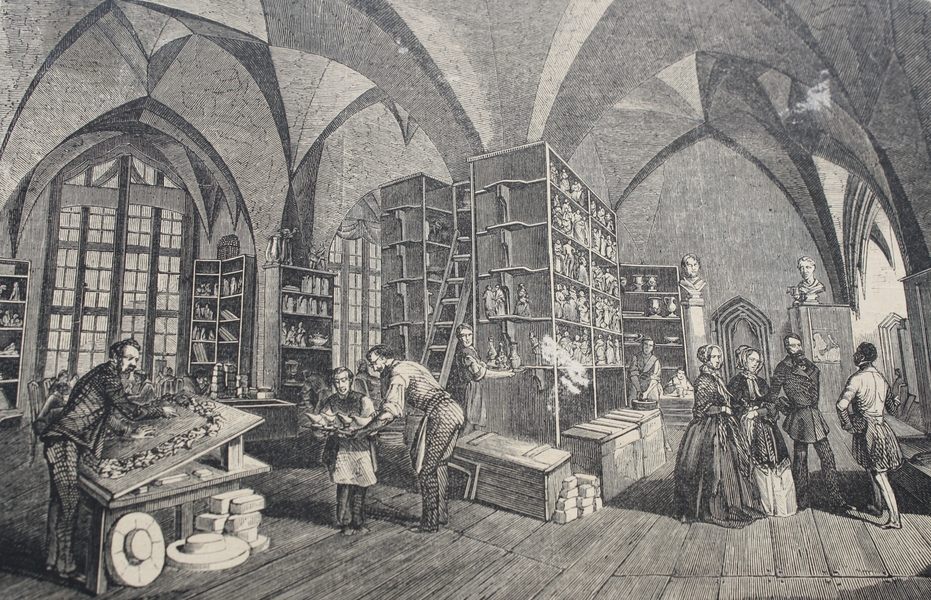 Augustus the Strong only began to systematically collect, or rather amass, East Asian porcelain once he had successfully established the first European porcelain manufactory in Meissen. However, it needed two decades before the technology in Meissen had evolved to a point where Saxon porcelain was really competitive.

If you could pick one object from Augustus the Strong’s original collection to keep for yourself, what would you choose and why? 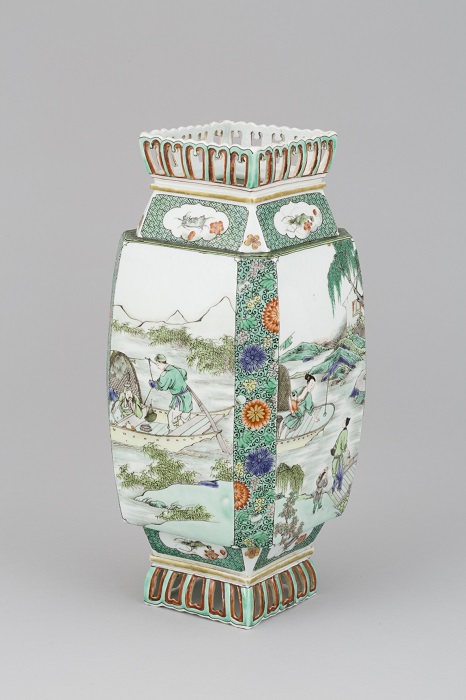 This is a very tricky question. Not only because there are so many astonishing and fascinating pieces in our collection which I—very partially—consider to be the most beautiful and most exciting in the world. Having focused in my professional career on Meissen and European porcelain before coming to Dresden, I am now also head of these outstanding and breathtaking East Asian treasures and I do not want to position myself on one or the other side. The dynamic interaction between both parts of the Dresden collection is actually the most fascinating aspect of it. However, as no one will doubt my craze for Meissen porcelain, I will pick one of two Chinese lanterns once acquired by Augustus the Strong. It weighs no more the 830 grams, and for me it verges on the miraculous. 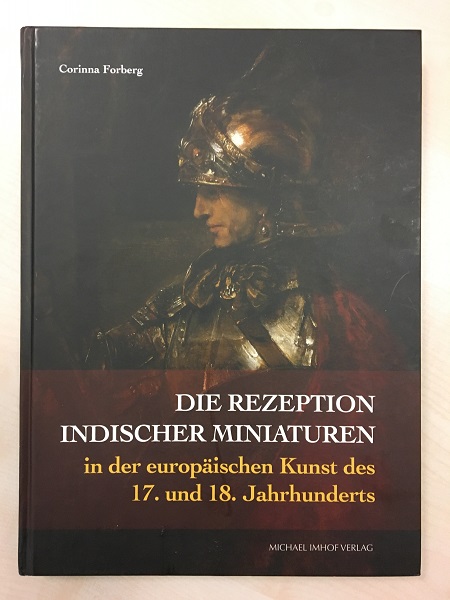 As I am generally curious on the knowledge on the adaption of Asia in Europe, I am actually reading a dissertation on the reception of Indian miniature paintings by Corinna Forberg.

Dr. Julia Weber will be discussing Augustus the Strong’s dream of a palace for his porcelain collection in our upcoming Gardiner Signature Lecture on March 20. Learn more.