Home / Blog / if i speak to you in anger
Blog

if i speak to you in anger 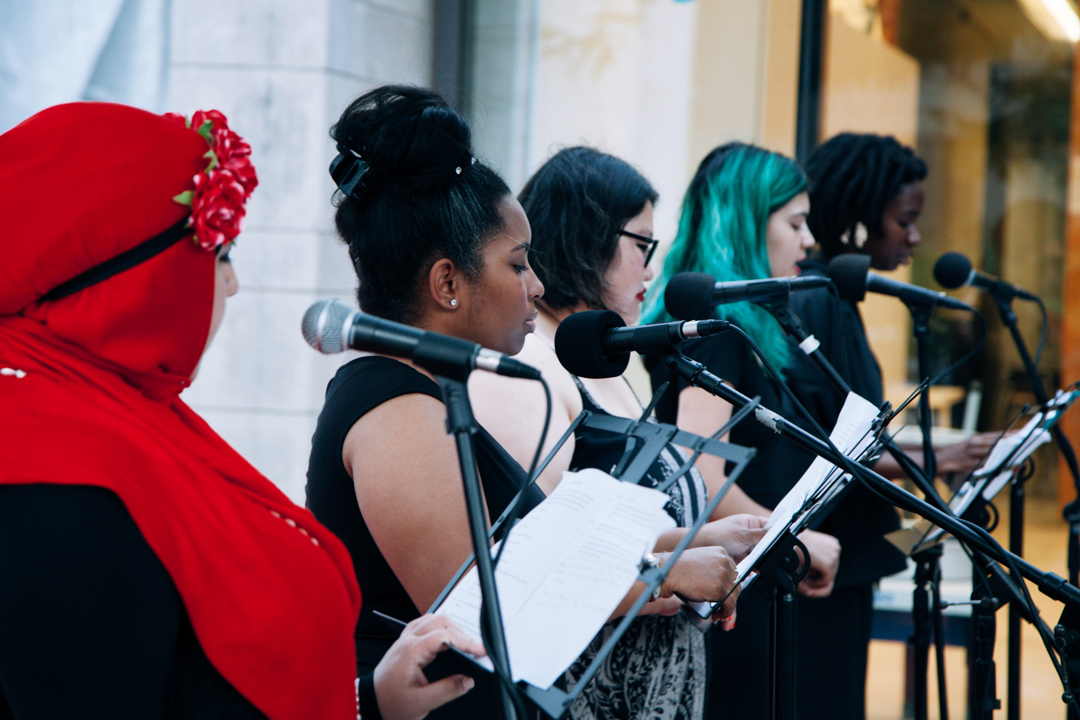 “Women of Color in America have grown up within a symphony of anguish at being silenced, at being unchosen, at knowing that when we survive, it is in spite of a whole world out there that takes for granted our lack of humanness, that hates our very existence, outside of its service.”

A symphony of anguish at being silenced.[1]

These words leap off the page as I read Audre Lorde’s Uses of Anger, one of the many inspirations behind  Panic in the Labyrinth, a series of poetic choral performances conceptualized by Annie Wong in collaboration with Faith Akorful, Fiona Raye Clarke, Hanan Hazime, Angela Sun, and Rebecca Zala. Imagined as a collection of recitations of speeches by women of colour, recollections of violence inflicted upon women throughout history, and a ceaseless list of demands and desires, Panic in the Labyrinth is the choral embodiment of what anger, assembled and focused, can achieve through poetics.

Thinking about poetry and anger in relation to one another, and in relation to public performance, feels momentous. What does it mean to orchestrate anger, to score indignation, to choreograph rage?

Before anything else, let’s put to bed the idea that poetry is solely an instrument for courtship, or an ally only of tenderness. Wong’s larger project is to redefine the parameters of poetry and the character of the poet, and in this iteration, the poet is no longer singular but a chorus of women of colour. The anger of this chorus is precise and focused—no longer are they concerned with unrequited love, nor are they sorrowful. On stage, they present us with the only reasonable and productive emotional response to racism, sexism, and all that transpires at their intersection. 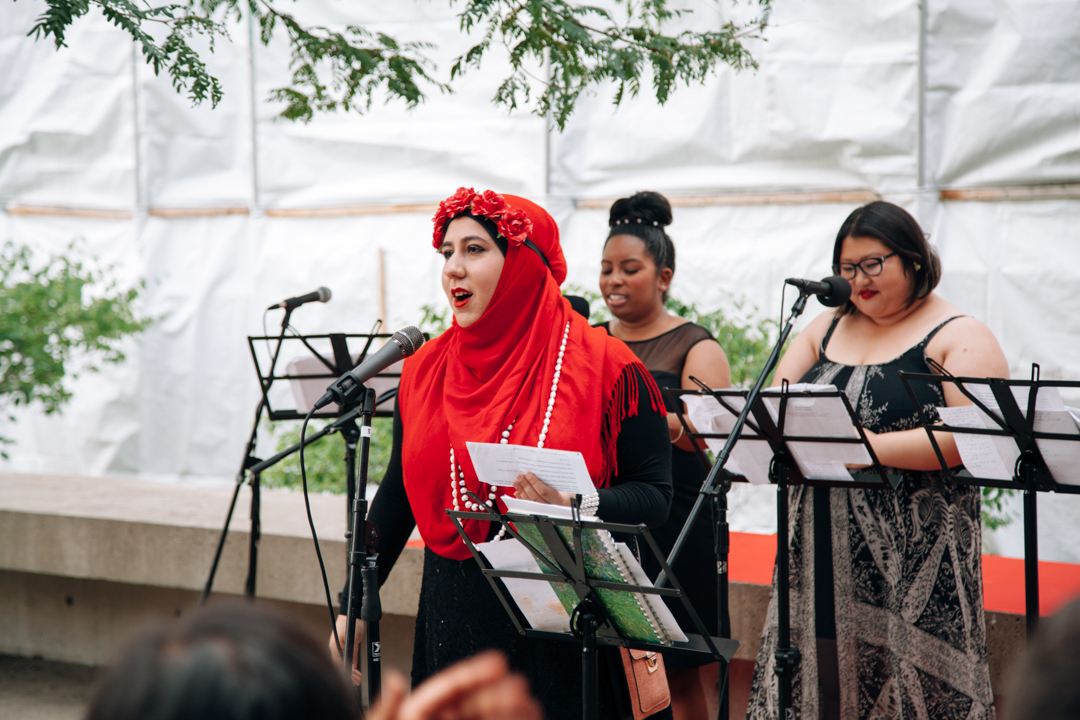 We are not goddesses or matriarchs or edifices of divine forgiveness. The use of anger, as well as the type of anger that this chorus puts on display descends from Audre Lorde, and possibly others before her, who insisted that our anger ought to be channeled through art, writing, and any manner of production that might challenge those very institutions which have caused our rage. everything can be used, except what is wasteful.

Lorde abstains from the hypothetical, and her work is often, if not always, personal. This is common among women of colour—especially those who are angry and bring it to bear. You will need to remember this when you are accused of destruction. Like Lorde’s, these stories belong to the women who speak them, but also to the women of colour in the audience and to our sisters around the world whose anger continues to mount before a system that enables oppression for profit.

Your fear of anger will teach you nothing. I suspect that you who are not angry will accuse these women on stage of destruction as they chant and swear and name the terrors which racism and sexism have inflicted upon us, upon them. If I speak to you in anger, at least I have spoken to you. The chorus will remind you of your fear of anger, of those who dared to speak publicly, loudly, and without guilt. Though this moment in time—and perhaps every moment in time gone or to come—requires it, we are reminded that anger is most discomfiting for those who have caused our anger. I have not put a gun to your head and shot you down in the street. 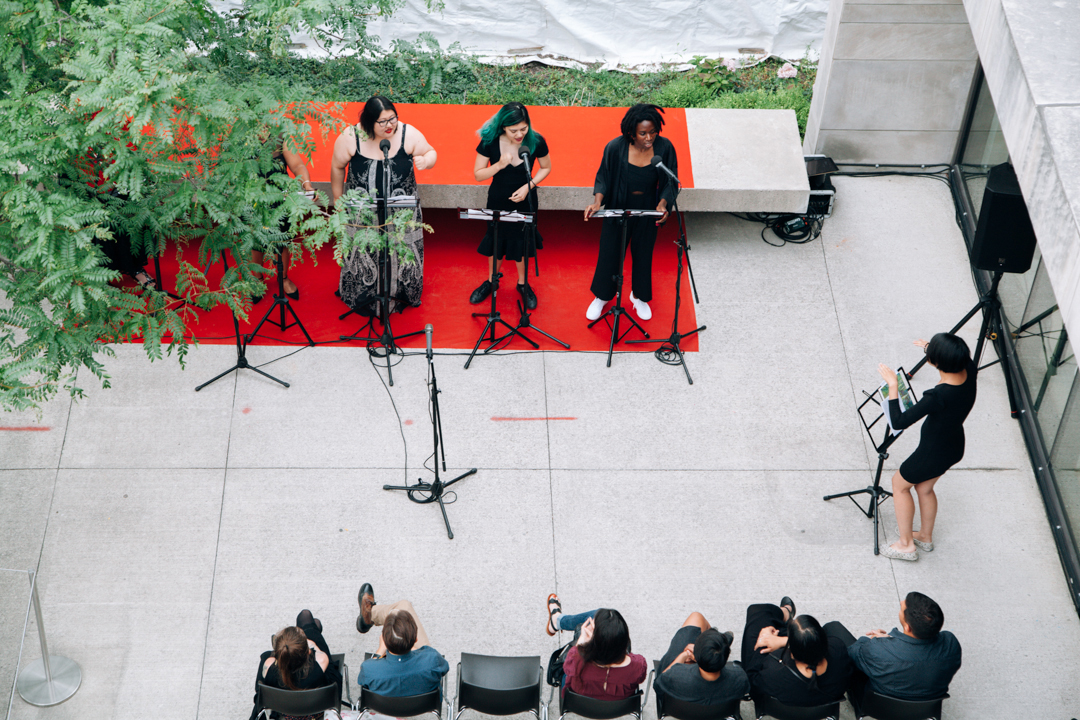 When an Indigenous, Black, Latinx woman (We have a right to each of our names) shares her anger on national television, and those who are afraid write: “singer Lido Pimienta ripped organizers of the Polaris Music Prize with an expletive-laden tirade over sound troubles with her performance as she accepted this year’s best album recognition,”[2] they only mean to say that she ought not be angry—after all, she has been given a prize.

Tell me how you feel but don’t say it too harshly or I cannot hear you. What prevents you from hearing? What happens if I choose to use my anger only in ways you do not deem fit? What if, this chorus asks, I were to assemble a symphony of anger? And I say symphony rather than cacophony because we have had to learn to orchestrate those furies so that they do not tear us apart.

Panic in the Labyrinth reminds me again of what it means for anger to be on stage, and not burning quietly at a dinner party, around a conference table, on public transit, on an airplane, or in the corner booth of your favourite restaurant. This chorus of women shows us what happens when we combine our efforts and our voices to support one another, to seek out and secure our mutual liberation. The anger that stands between us then must be used for clarity and mutual empowerment.

Letticia Cosbert is a Toronto based writer and editor, and is currently the Digital Content Coordinator at the Koffler Centre of the Arts. Letticia studied Classics, earning a B.A. from the University of Toronto, and an M.A. from Western University, where she specialized in erotic Latin poetry. Her writing and editorial work has been featured in Ephemera Magazine, Sophomore Magazine, The Ethnic Aisle, and a number of gallery publications. This blog post was commissioned in support of Annie Wong’s Panic in the Labyrinth, a series of Community Arts Space performances taking place throughout the month of August. Community Arts Space is generously supported by TD Bank Group.