Coming in Hot: How Teapot Racing is Gaining Steam 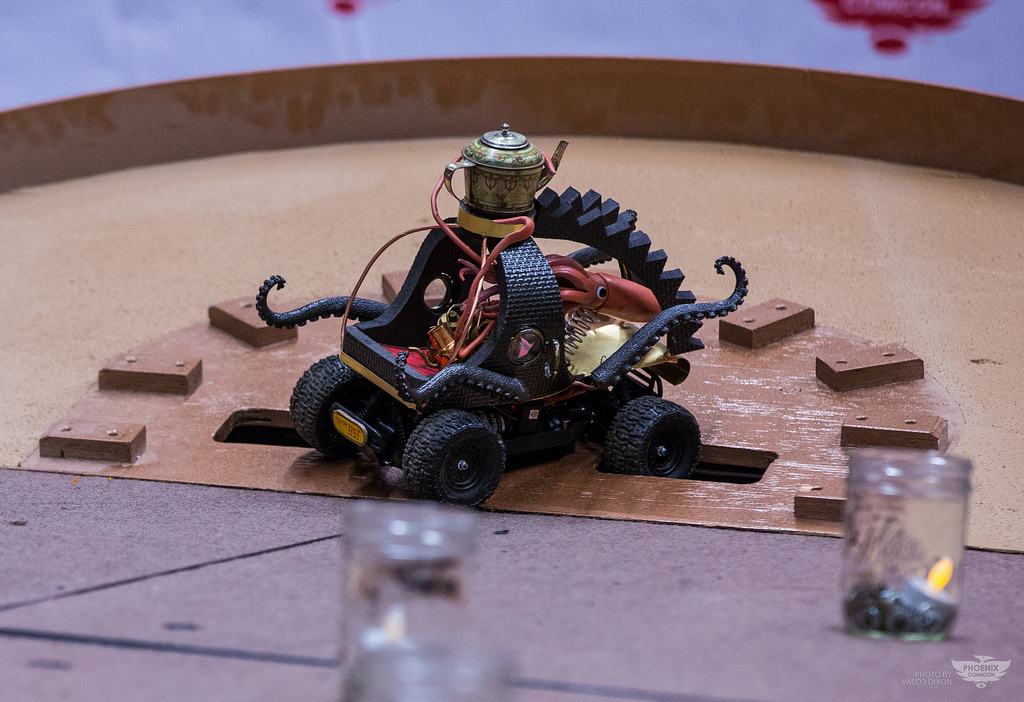 Teapots and robotics collide in Splendid Teapot Racing, a beloved sport of many who embrace Steampunk, an artist-led subculture based on Victorian science-fiction.

Like the name suggests, teapots mounted onto remote-controlled chassis compete in this delightful event, and other than a size restriction of 30 centimeters in height and width and 40 centimeters in length, creativity is highly encouraged—taxidermy rat jockeys, octopus legs, and teapots bursting with steam are among the many unique features found on racers, adding a beauty pageant-like element to the competition. 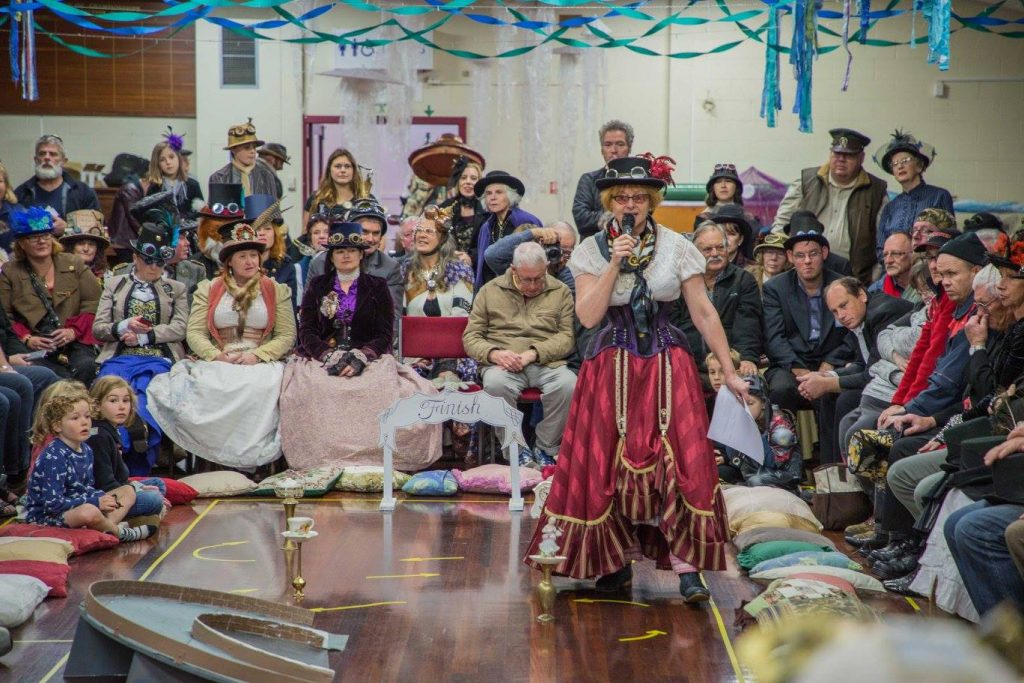 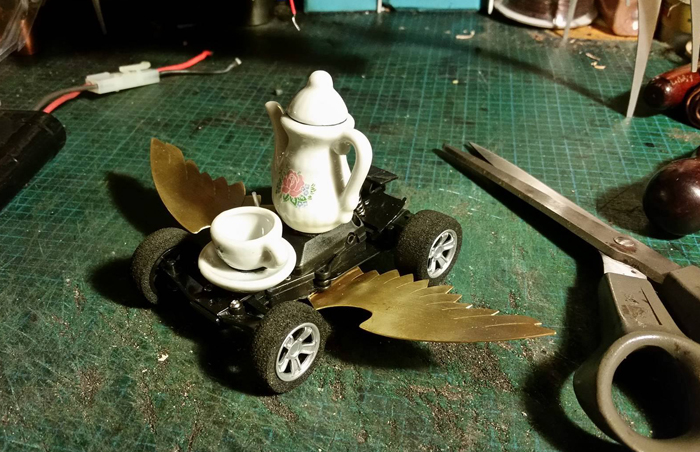 Conceived by Steampunk enthusiast Simone Montgomery (or Countess Simona du Montgomerie as she’s known in Steampunk circles), the first Splendid Teapot Race kicked off at the Oamaru Steampunk Festival in New Zealand in 2014. Since then, it has inspired events internationally, with races happening all over the world in countries including the United States, Spain, Japan, and even here in Canada.

“I encountered Splendid Teapot Racing on Facebook and immediately thought, ‘this should be a thing here in Canada—we should be doing this and having some fun with this,’” recalls Canadian Steampunker John Sproule, also known as Professor Thaddeus Giltzmore. 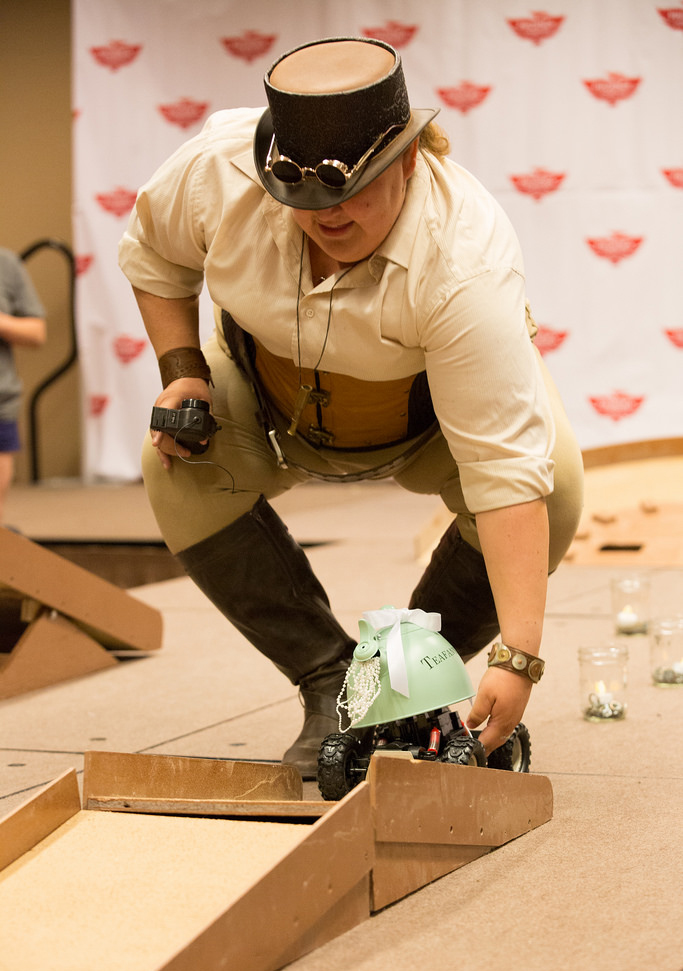 Sproule, who is credited with building the country’s first Splendid Teapot racer, introduced the sport to the Canadian Steampunk community in the summer of 2015. Later that year, he helped organize the nation’s first ever race at the Grand Canadian Steampunk Exposition (GCSE), and it’s been a beloved fixture at the annual event ever since.

The rules of the competition seem simple: one by one, participants navigate their racer through an obstacle course that consists of a number of hazards—some suggestions outlined in the Official Rules of Splendid Teapot Racing include a ramp, tunnel, jump, and obstacles of a breakable nature. 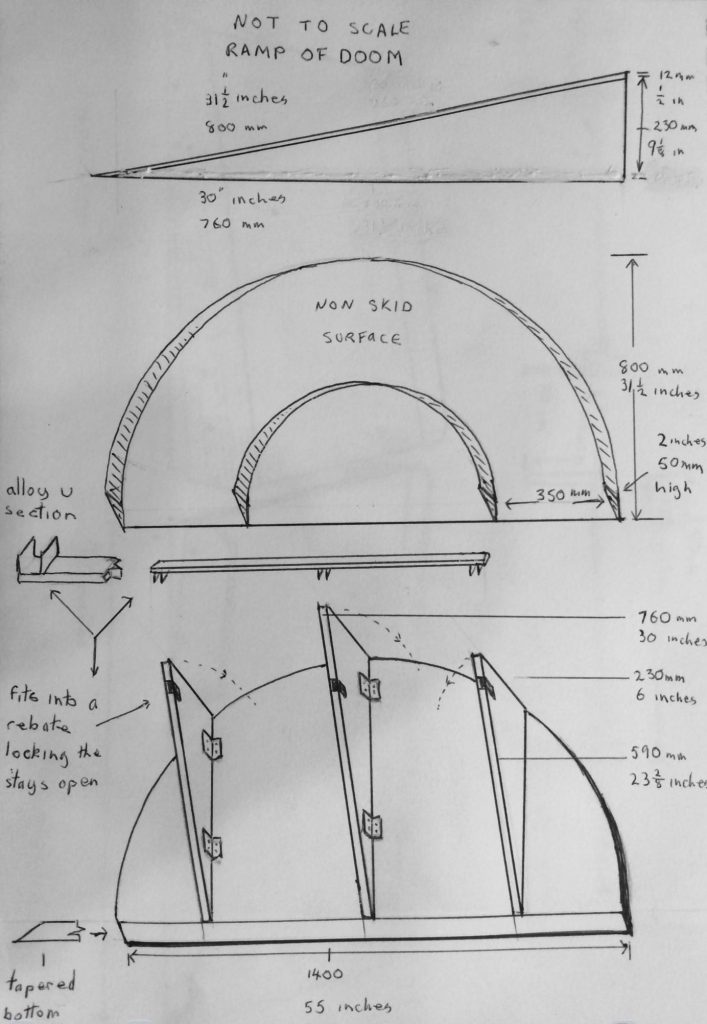 Plans for the “Ramp of Doom” at the 2015 Grand Canadian Steampunk Exposition. Photo courtesy John Sproule

However, beyond the race itself, things get tricky, with points being awarded for the look of your vehicle, showmanship, and bribery of the judges. Andy Moses, known by fellow Steampunkers as Sir Thomas Nigel Tinkerton, is the founder of the Hamilton Splendid Teapot Racing Association and helped officiate the race at the GCSE last year. He encourages bribes that are inexpensive and relevant to Splendid Teapot Racing or Steampunk in general—ones that are handmade or edible in nature are a plus.

“The lady that won was second in time but was the only racer to bribe the judges. I will leave it at that,” Moses said when asked about the importance of bribery. 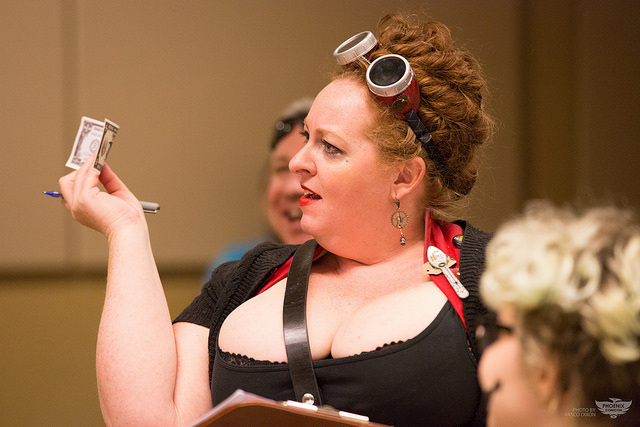 Madame Askewa, one of the judges at the 2016 Splendid Teapot Race in Phoenix. Photo courtesy Phoenix Comicon

Despite the unexpected upsets that bribes can cause, Sproule emphasizes the lightheartedness of the sport: “The real fun of Splendid Teapot Racing, aside from the whimsy and craziness of the entirety of the thing, is getting people involved in having fun…it should be generally an evening or two of fun craftwork. And thereafter, you are a teapot racer—a Splendid Teapot Racer.”

And as for the future of Splendid Teapot Racing in Canada? Moses is optimistic: “[It] seems to be received well in the Canadian Steampunk Community. Only time will tell if it truly catches on. I know I am hooked.”

Canada’s second annual Splendid Teapot Race takes place at the Grand Canadian Steampunk Exposition on September 23 and 24 in Niagara-on-the-Lake, Ontario, Canada. Check out the teapots in the Gardiner’s Collection for some inspiration, and learn more and register for the event here.