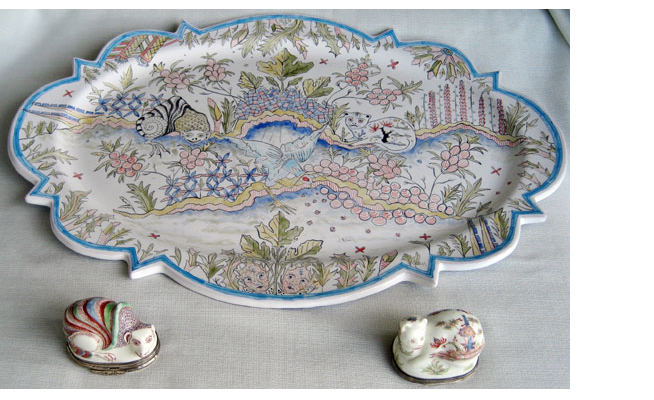 The Gardiner was proud to recently announce Dr. Pierre Karch and Dr. Mariel O’Neill Karch as the recipients of the 2017  Gardiner Benefactor Award. This special annual award recognizes and celebrates patrons who have made outstanding and significant contributions to the Museum.

For Pierre and Mariel, collecting emerged as an extension of their academic interests. Professors of French literature, they gravitated toward French ceramics, acquiring both faïence and porcelain. From their first donation in 2012, which established the collection of French faïence at the Gardiner, and their support for programs and displays, to their loaning of objects to Curator Karine Tsoumis’ Powder and Patches, and a significant gift in support of the re-installation of the European porcelain galleries, Pierre and Mariel continue to demonstrate extraordinary kindness and generosity toward the Museum.

In presenting the Award, Chief Curator Meredith Chilton recounted how she had asked them if they might consider a long-term loan of several key objects from their collection for two sections of the gallery. Their response was: “No, we won’t lend you these pieces…but we will give them to you.”