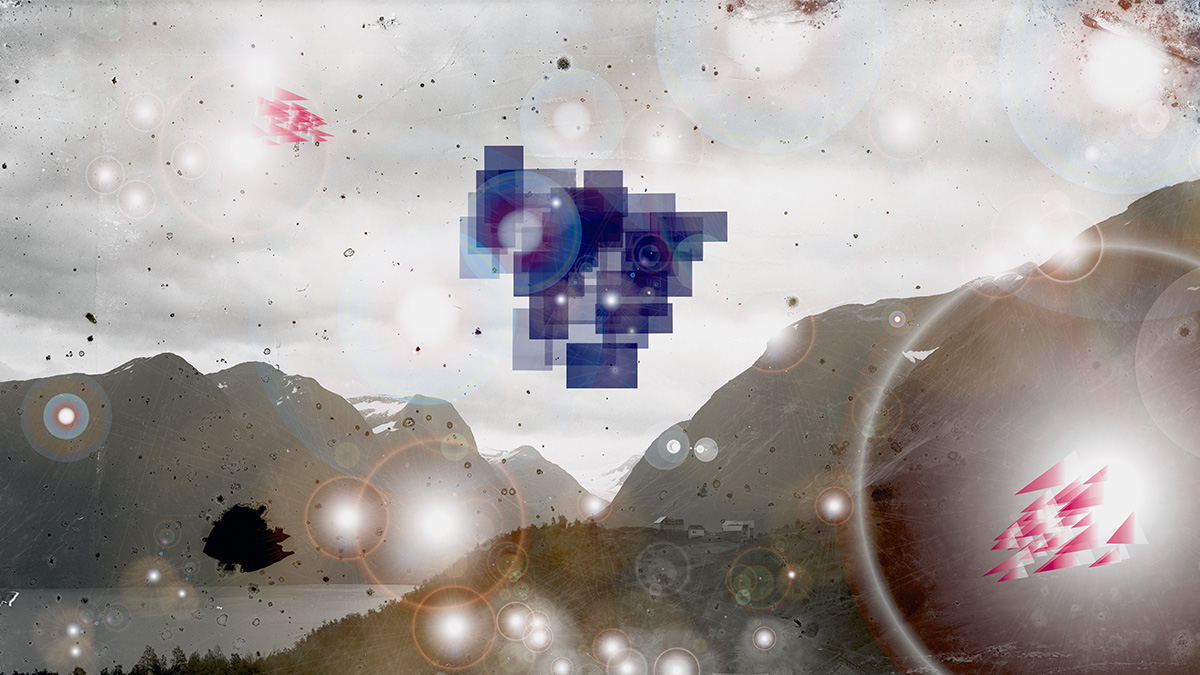 The dichotomy between the tangible and the digital is central to the 21st-century experience. A digital image which we perceive as “mountain” has in fact been dissolved into math and reconstituted into an ephemeral representation that no longer carries even the mass of photographic paper.

The digital surrounds us in a landscape composed of dynamic imagery, data-based art, and the perpetual re-invention of forms. Yet we continue to live on terra firma, our lives being tied to the physical world. We walk up actual mountains. We eat and drink from objects made of clay, a tangible medium originating from the landscape.

In this exhibition, Clive Holden juxtaposes his digital videos and prints with historical objects selected from the Gardiner Museum’s collection. The plates relate to the Internet Mountains project through a repetition of circular forms and mountain imagery. But more profoundly, they share in a creation process where landscape is dissolved and reconstituted into art.

Clive Holden is an artist whose projects inhabit the border zones between media and genres. He makes paper-based works, software-based art, videos, and web art. A native of Vancouver Island, he lives in Toronto with his wife, novelist Alissa York.

The Scotiabank CONTACT Photography Festival marks its 20th anniversary in May 2016. To celebrate this milestone, an expanded program focuses on 20 Primary Exhibitions at major museums and galleries plus 20 Public Installations at sites across the city. From enduring practices to new forms of expression, the Festival showcases a diverse range of photo-based works by Canadian and international artists.

CONTACT is the largest photography event in the world, and a premiere cultural experience in Canada, with over 1500 artists in 200 exhibitions and happenings throughout the month in the Greater Toronto Area. Founded in 1997, CONTACT is a not-for-profit organization dedicated to celebrating and fostering the art and profession of photography.