Home /  Learn & Create / Programs & Events / Up To and Including Their Limits 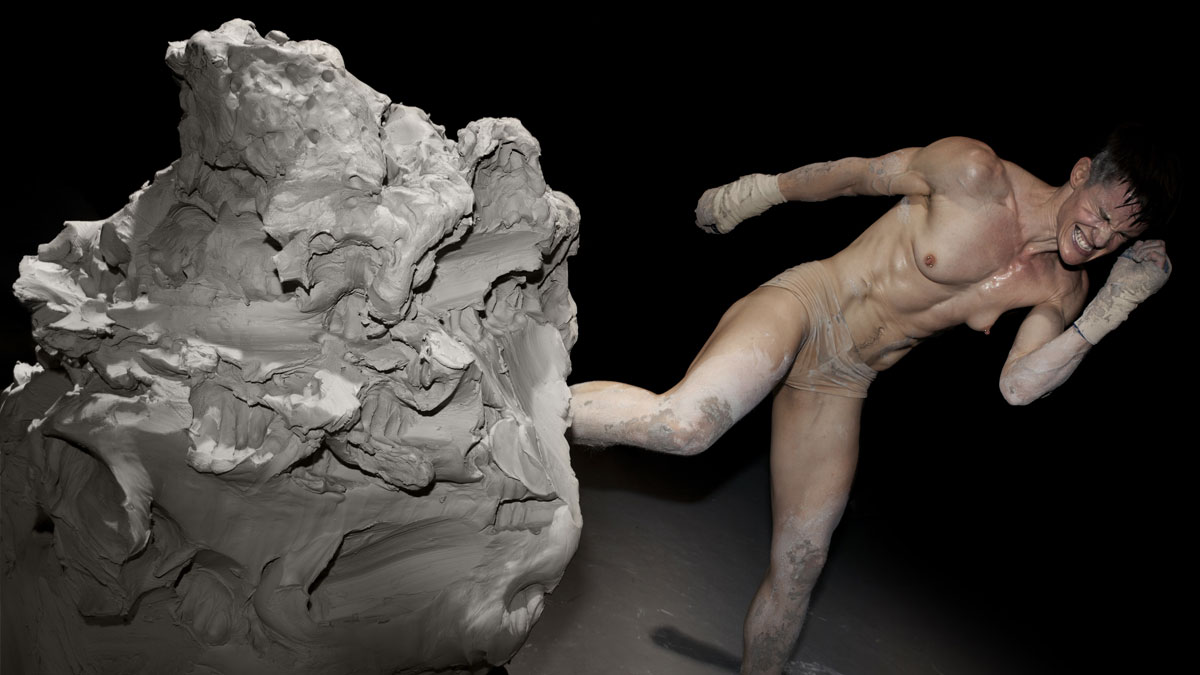 Up To and Including Their Limits

**The remnants of Cassils’ performance, including the plexiglass structure, harness, and clay mound, will remain on view alongside video documentation of the piece as part of the exhibition RAW, opening March 5.**

Join us for the world premiere of a new performance work titled Up To and Including Their Limits by internationally-acclaimed artist Cassils. Known for testing the limits of physical endurance, Cassils’ provocative and often startling work centres narratives of trans and non-binary visibility within a complex visual world.

In this newly-commissioned work, Cassils pays homage to the late feminist icon Carolee Schneemann, using raw clay to reimagine her historic performance piece Up To and Including Her Limits (1971-76) from a trans non-binary perspective.

Suspended from a harness in a plexiglass box with walls covered in thick raw clay, Cassils will launch themselves back and forth, clawing, swinging at the walls, and hurling chunks of clay to the floor. As they remove swaths of clay, Cassils will create “windows” through which the audience can see the performative action, problematizing and complicating the audience’s gaze by engineering voyeurism into the work itself.

If you have any accessibility questions or requests related to the performance, please contact Nahed Mansour, Senior Manager, Programs at 416.408.5061 or nahedm@gardinermuseum.com.

CASSILS is a visual artist working in live performance, film, sound, sculpture and photography. Cassils has achieved international recognition for a rigorous engagement with the body as a form of social sculpture. It is with sweat, blood, and sinew that Cassils constructs a visual critique around ideologies and histories. Cassils received their Bachelor of Fine Arts from the Nova Scotia College of Art and Design, Halifax (1997) and their Master of Fine Arts in Art and Integrated Media from California Institute of the Arts, Valencia (2002). Their work has been shown in exhibitions worldwide; solo exhibition venues include Perth Museum of Contemporary Art, Perth; Station Museum, Texas; and Ronald Feldman Gallery (NYC) and Trinity Square Video (Toronto). They have also received several awards, fellowships, and residencies, including support from the Canada Council for the Arts (2020), John Simon Guggenheim Fellowship (2018), and Creative Capital (2015). Cassils is a Villa Bellagio Rockefeller Foundation Fellow.

In recent years, artists have begun exploring the medium of unfired clay in startlingly new and original ways. From sticky and wet to dry and powdery, raw clay has the power to transform its physical state while transmitting deep connections to primal themes like the land, sentience, the body, and memory. RAW features four new installations by leading artists working with unfired clay: Cassils, Magdolene Dykstra, Azza El Siddique, and Linda Swanson. Learn more

We acknowledge the support of the Canada Council for the Arts. canadacouncil.ca