Toronto, ON September 28, 2015—Atop a cliff flanked by two life-sized bison, Miss Chief stands with her arms outstretched and her hair blowing in the wind. Sculptures of cubist-style bison plunge headlong into the gallery, violently shattering at the base of the cliff in a pile of broken ceramics.

Kent Monkman’s new large-scale intervention at the Gardiner Museum, entitled The Rise and Fall of Civilization, alludes to the near extinction of the American bison in the nineteenth century when their numbers were reduced from approximately 50 million to the hundreds. European settlers hunted the bison for their pelts and used their bones for fertilizer and bone china.

“I was immediately drawn to the Gardiner Museum’s collection of bone china and how I could relate it to this particularly dark period in the history of North America’s First Peoples,” explains Monkman. “The bison represented the food supply of the Plains Indians, so when their population was decimated, it destroyed a way of life for a lot of Indigenous cultures. It was a turning point in the movement of the European population across North America which pushed the First Peoples to the fringes.”

“Kent Monkman’s new work not only acts as a reminder of a pivotal and often overlooked moment in our collective history, it reinforces the idea that clay is part of the vocabulary of today’s most important and provocative artists,” says Kelvin Browne, Executive Director and CEO of the Gardiner Museum.

The installation is made up of a 9-foot high “buffalo jump” topped by two mounted bison and a sculpture of the artist’s glamourous diva alter ego, Miss Chief, a supernatural being who challenges historical narratives. Bison leap from the cliff and morph through several cubist stages inspired by Picasso’s drawing of a bull, ultimately appearing on the walls in the form of Aboriginal rock pictographs. Smashed ceramics at the base of the cliff reference the build-up of bones often found at buffalo jumps, and the history of Indigenous ceramics uncovered at sites across North America.

“People engage with a sculptural installation in a different way than they do a painting,” says Monkman. “They can move around it and really approach it. People are familiar with the idiom of the museum diorama so they have certain ideas, memories, and associations connected with it and I like to disrupt those ideas. I like to challenge conventional or received notions that people have about First Nations cultures.”

The exhibition is accompanied by a publication featuring an interview with Monkman by Kelvin Browne, as well as essays by well-known art critic Sarah Milroy and Gemini-award-winning documentary filmmaker Tasha Hubbard.

Kent Monkman is one of the country’s preeminent contemporary artists, working in a variety of mediums, including painting, film/video, performance, and installation. His work is represented in numerous private and public collections, including the National Gallery of Canada, the Montreal Museum of Fine Arts, the Museum London, The Glenbow Museum, The Museum of Contemporary Canadian Art, The Mackenzie Art Gallery, the Art Gallery of Ontario, the Vancouver Art Gallery, and the Smithsonian’s National Museum of the American Indian. In 2014, Monkman received the Indspire Award in recognition of his outstanding career achievements.

TD Bank Group is the Presenting Sponsor for Kent Monkman: The Rise and Fall of Civilization, and The Hal Jackman Foundation is the Exhibition Partner.

Media are invited to attend a preview of the exhibition with the artist on Tuesday, October 6 from 10 am to 12 pm. To attend, RSVP to Rachel Weiner, Communications and Volunteer Coordinator at 416.408.5062 or rachelw@gardinermuseum.com.

EMPTY BOWLS
Thursday, October 15
5 – 7:30 pm
$55
Empty Bowls is a North American-wide project to aid the homeless. More than 400 bowls are donated by potters, potter’s guilds, and pottery students, and gourmet soups are prepared and ladled out by some of the province’s top chefs. All proceeds are donated to Anishnawbe Health Toronto, a culture-based Native centre committed to changing lives through traditional healing practices.

Salon 21: Indigenous Identity & Performance, presented by Soundstreams Canada in collaboration with the Indigenous Performing Arts Alliance
7 – 9 pm
Free with half-price admission.
This salon features Indigenous artists who are on the vanguard of contemporary music and opera creation in Canada. Hear new works by Melody McKiver, engage with questions of intercultural performance, and discuss how social and political awareness can be developed through artistic practices.

EXHIBITION BOOK LAUNCH WITH ART TORONTO
Friday, October 23
8 – 10 pm
Free with half-price admission
Join us as we celebrate the launch of the accompanying exhibition publication with Kent Monkman. The book features an interview with Kent Monkman by Kelvin Browne, Executive Director and CEO of the Gardiner Museum, and essays by art critic Sarah Milroy and filmmaker Tasha Hubbard.

WATER AND SANITATION: FUNDAMENTAL HUMAN RIGHTS OF INDIGENOUS WOMEN
Thursday, October 29
6:30 – 8 pm
$15 General | $10 Gardiner Friends
Co-presented by Human Rights Watch
Amanda Klasing, Senior Researcher in the Women’s Rights Division at Human Rights Watch, presents a talk about the human rights to water and sanitation and their intersectionality with the rights of Indigenous women.

CROSSING THE 49TH PARALLEL: INDIGENOUS VISUAL ARTS PRACTICE ACROSS NORTH AMERICA
Tuesday, November 17th
6:30 – 8 pm
$15 General | $10 Gardiner Friends
In collaboration with the Institute of American Indian Arts and presented by the United States Consulate General in Toronto, the Gardiner presents a panel discussion that explores both Canadian and American perspectives on the visual arts practice of Indigenous artists.

DRAWING ON (TOP OF) HISTORY PAINTING: TIME AND MODERNITY IN KENT MONKMAN’S ARTISTIC EXCAVATIONS
Speaker: Dr. Norman Vorano, Queen’s University
Wednesday, December 2
6:30 – 8 pm
$15 General | $10 Gardiner Friends
Kent Monkman’s multimedia work is engaged in a multivocal dialogue with Indigenous history, colonialism, sexuality, and the conventions of art history itself. This talk looks at how Monkman’s work plays within and around the genres of art and art history, using the conventions of history painting to quietly subvert its historical claims to superiority and autonomy while making powerful statements about the past and future.

ABOUT THE GARDINER MUSEUM
Located in the heart of Toronto at 111 Queen’s Park Crescent, the Gardiner Museum is Canada’s only ceramics museum, and one of the world’s great specialty museums. The Gardiner is committed to making a contribution to the medium of ceramics, as well as the community it serves, and is an inviting destination that inspires and connects people, art and ideas through clay. The Gardiner’s permanent collection comprises several extraordinary collections from sophisticated, dedicated collectors, making it one of the most significant centres of ceramics in North America. The breadth of the Museum’s holdings include pottery from the Ancient Americas, rare examples of Meissen, Du Paquier and Chelsea porcelain, Chinese blue and white porcelain, Japanese and Japanese-inspired porcelain, to contemporary ceramics—including an exceptional donation from contemporary ceramics collector, Raphael Yu. For more information, details on exhibitions, events, workshops, clay classes, and more, please visit: www.gardinermuseum.com. 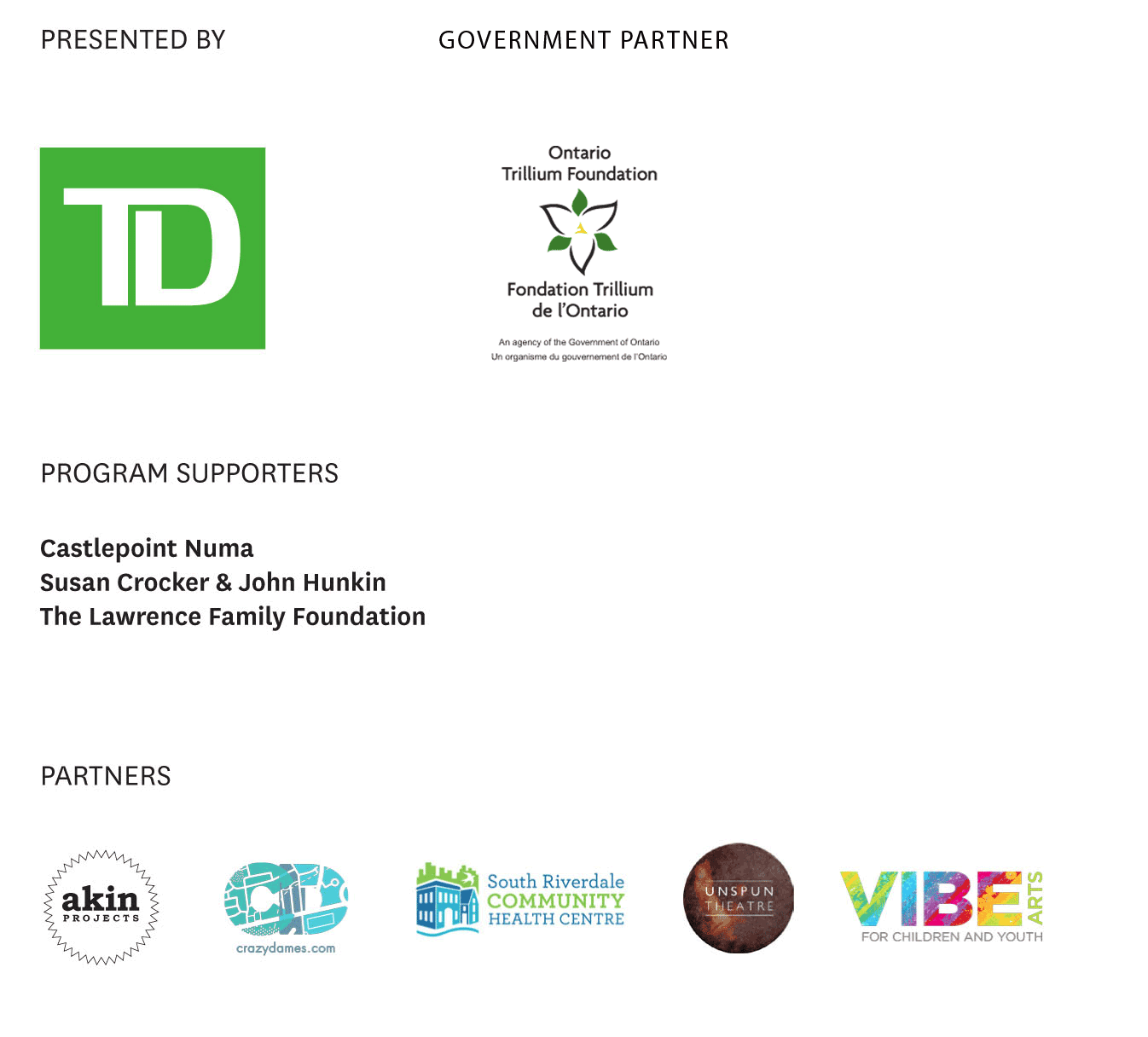