Picasso, kintsugi, and sea monsters: Current must-sees from the vault 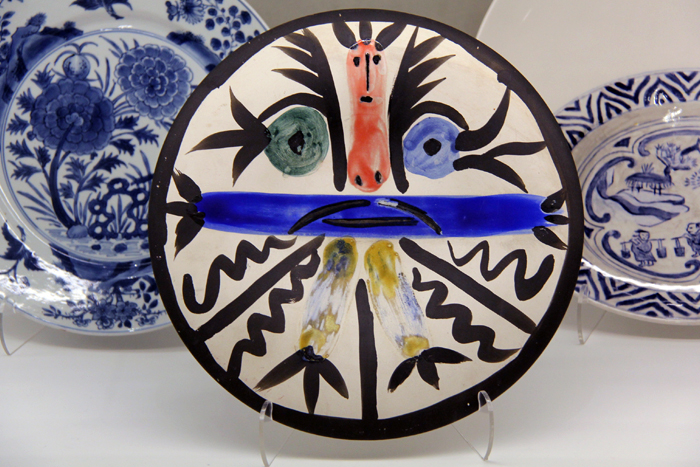 We’ve taken some of the most interesting objects from our collections storage and put them on display for you to discover! For a limited time in our new Rosalie Wise Sharp Gallery, see a selection of objects from our permanent collection, spanning different time periods and geographies. Now is the perfect opportunity to explore pieces that were previously tucked away in our collections storage, and to examine the different colours, ornaments, and shapes that clay can take.

Here are five must-see objects currently on view in the Rosalie Wise Sharp Gallery—find them on our second floor during your next visit! 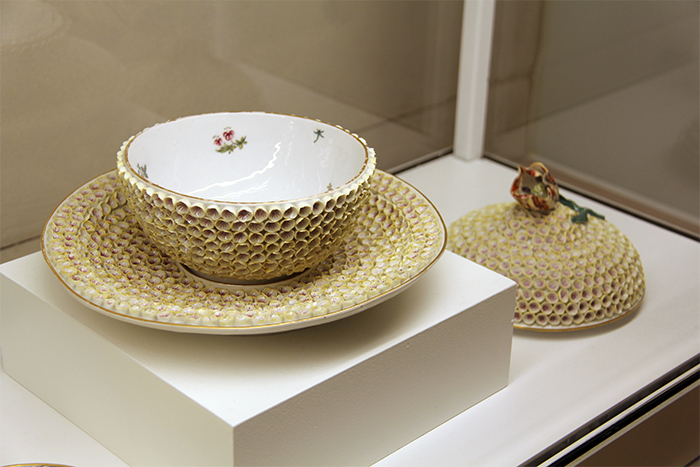 This is an example of an écuelle, a small tureen made for use by one person, and typically used in the morning to consume broth. Écuelles are associated with the ritual of the toilette, when women of the bourgeoisie and aristocracy would get dressed in a semi-public setting—usually with servants, visiting friends, or family members. This ritual unfolded over multiple hours, and was a sociable time. It involved not only getting dressed, but the application of makeup (such as pomades, white foundation, rouge, and beauty patches) and creating elaborate hairstyles that included the powdering of wigs. The écuelle has a lid not only to keep its contents warm, but also to prevent hair powder from falling in. This set would have been costly as it is decorated with individually applied porcelain flowers, a technique invented at the Meissen manufactory and generally referred to as “snowball decoration.” 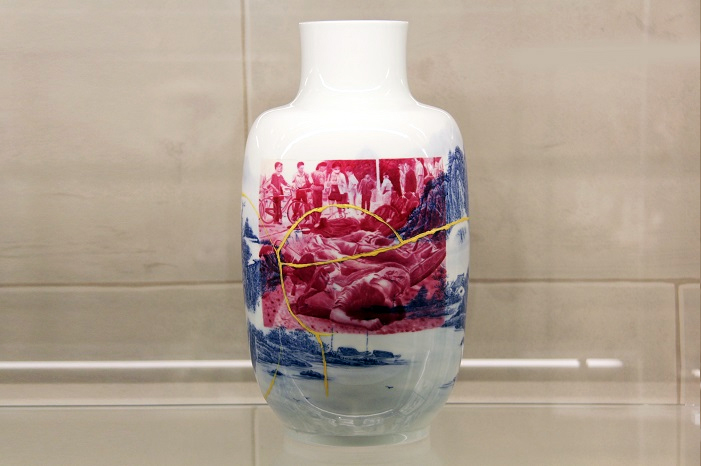 Kintsugi lovers, this one’s for you. Part of a series of three vases depicting imagery from the 1989 Tiananmen Square protests, this vase was made by ceramist Paul Mathieu while on residency in Jingdezhen, China’s porcelain capital. He added a touch of kintsugi-inspired mending to the vessel with a contrasting yellow overglaze enamel after it cracked and broke during firing, saying the repair added “a psychological dimension that reinforced the meaning of the painted image[.]” 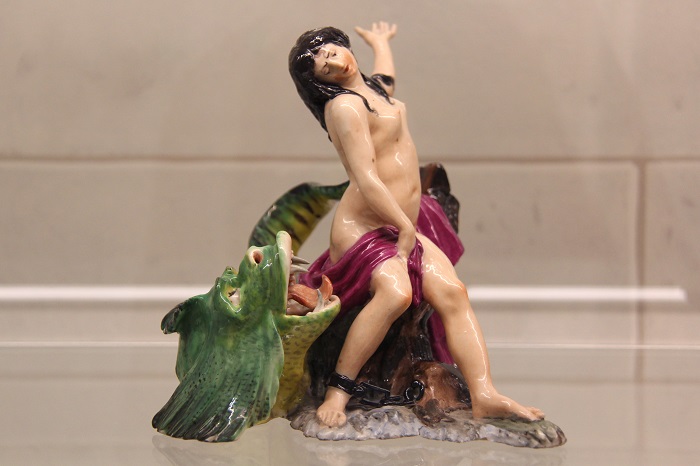 This figure depicts the Greek myth of Andromeda, who is shown here chained to a rock, about to be sacrificed to a sea monster sent by Poseidan as punishment for her boastful mother (spoiler alert: she’s eventually saved by Perseus, who kills the monster). Small figures like this one were often used to decorate the dinner table, especially during the dessert course. They would have been assembled in thematic groups on a mirrored surtout, an ornamental centerpiece. Just imagine the colourful tales that were acted out by these mythological figures when they were displayed together!

Did you know that Pablo Picasso made ceramics? He was introduced to clay in the late 1940s at Madoura Pottery, where he produced more than 3,500 ceramic works over a 24-year period in collaboration with local ceramists. The majority of his ceramics were editions, which made owning a Picasso accessible to a wider demographic. With Personagges, part of an edition of 150, Picasso used his typical wit and graphic skill to create a figure within a face. 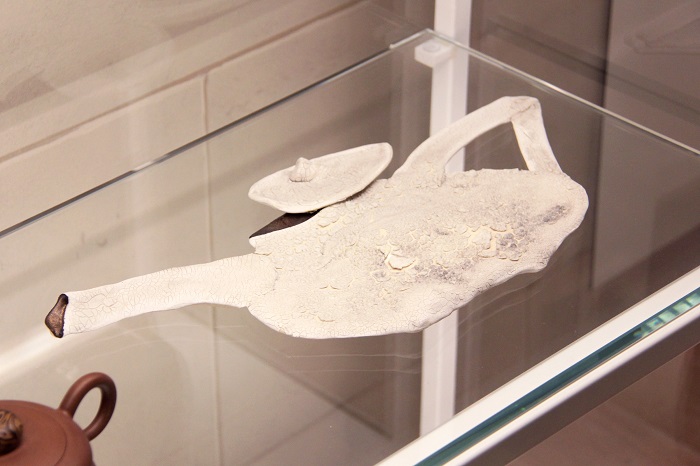 This conceptual work by Barbara Tipton exemplifies the cheeky and innovative ways that contemporary artists are reimagining clay and the traditional teapot form. Lying flat in its case, this 2D sculpture stands out among our teaware.

Our vast collection of ceramics, both historic and contemporary, is sure to make you rethink the creative potential of clay!

These objects are on view for a limited time in our Sharp Gallery. Plan your visit today to see them!