Home / Blog / Something old, something new: The story of a recently acquired Mexican “albarello”
Blog

Something old, something new: The story of a recently acquired Mexican “albarello” 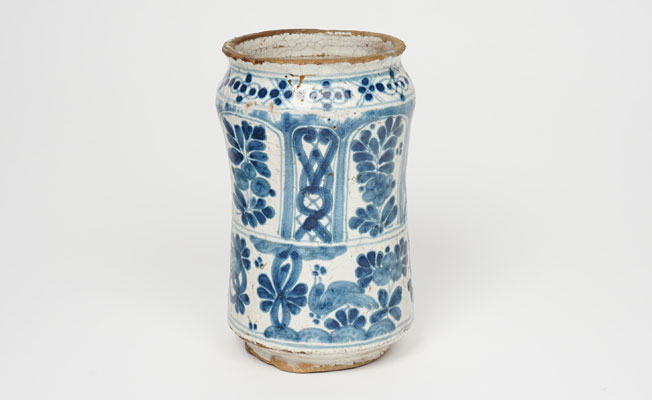 Last year the Gardiner acquired a blue-and-white pharmacy jar from Puebla, Mexico dated to the first half of the 18th century. The piece was a gift from Toronto resident Madeleine Amestoy, whose late husband, Juan Amestoy, purchased the vessel at a market in Mexico City.

The style of this particular piece is known as Talavera Poblana: a tin-glazed earthenware produced in Puebla de los Angeles, Mexico. It was made using the same techniques as Italian maiolica, French faience, and Dutch delftware. The history of this object encompasses themes of trade, imperialism, colonization, cross-cultural exchange, and local innovation.

The cylindrical jar exemplifies a type of vessel known as an albarello. The form originated in the Middle East and is characterized by slightly concave sides and a wide opening. Syrian jars imported to Europe were widely imitated in Spain and Italy.

Albarelli were common in Renaissance apothecaries and contained a variety of medical remedies. Their slightly waisted body had a functional purpose, allowing an apothecary to easily retrieve the vessel from tightly packed shelves. These jars were also found in the home, serving as multipurpose containers to store foods, such as herbs, dried fruit, roots, and seeds. A cover could be made using a piece of parchment secured with a string around the flanged rim.

Ceramic albarelli made their way across the Atlantic when the Spanish Empire colonized the Americas and established the Viceroyalty of New Spain in 1521. By 1531, the settlers were forming ceramic workshops in Mexico City, the same year that the city of Puebla was founded. The Spanish introduced new methods for working with clay, including the potter’s wheel and the use of tin and lead-based glazes. 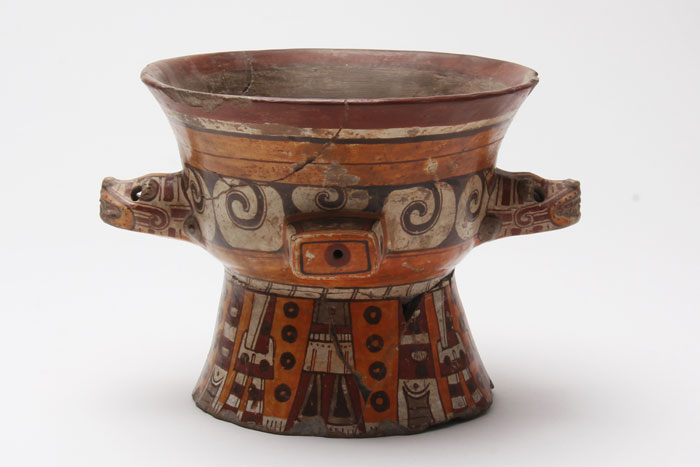 Despite having a long and rich history of ceramic production, reflected in the Gardiner’s Ancient Americas Collection, Mexico’s indigenous artistic traditions were for a time dominated by Spanish tastes. By the mid-16th century, Puebla was established as a centre for producing European style goods such as soap, textiles, glass, and tin-glazed earthenware. It’s assumed that local artisans from nearby Cholula, renowned for its pottery long before the arrival of the Spanish, likely brought great skill and innovation to the workshops. They also introduced local motifs that reflected the native flora and fauna, ultimately creating something original. When a guild was formed in 1653 however, the Ordinances decreed that only Spaniards and people of pure Spanish parentage could be considered for the master potter’s examination. 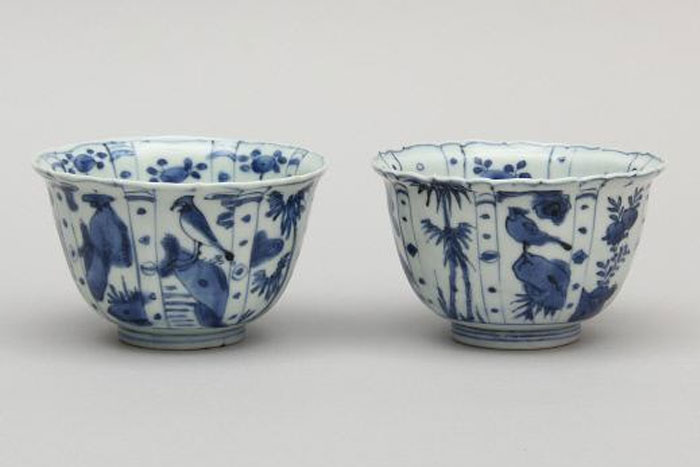 While early production was clearly influenced by Spanish wares, Puebla was situated along the important Acapulco-Veracruz trade route that gave local potters access to Chinese porcelain being shipped from Manila. The influence of Chinese porcelain is evident by the popularity of blue-and-white motifs, though cobalt was expensive and reserved for master potters. This made the blue-and-white pieces more valuable and therefore more likely to survive and find their way into museum collections. The polychrome pieces, which were less expensive and used more frequently, were more likely to break and be discarded.

The golden age of the Puebla potters lasted from the mid-17th to mid-18th century when production began to decline as a result of reduced import restrictions on goods from Spain, changing tastes, and the rise of the movement for Mexican independence. 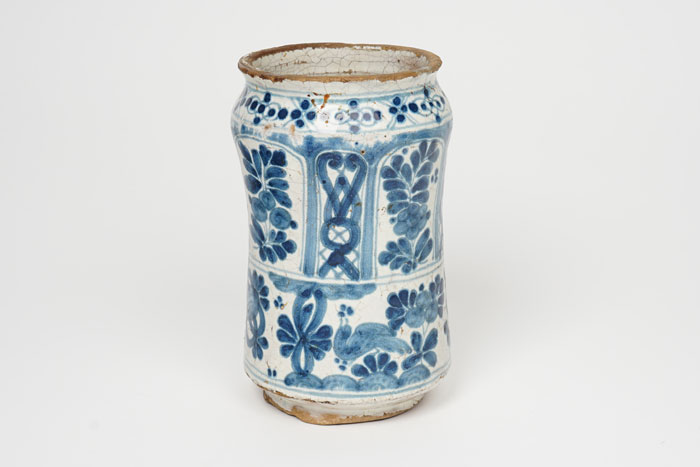 The Gardiner’s albarello is the first object of its kind to enter the Museum’s collection and picks up where our Ancient Americas Collection leaves off. It will be a key piece as we expand our interpretation of the permanent collection to highlight the connections between diverse cultures and consider the consequences of imperial conquest on local populations and artistic traditions. It also exemplifies tin-glazed earthenware as a global medium whose history can be traced from the Middle East to Europe and the Americas, and testifies to the admiration and desire for Chinese blue-and-white porcelain. It serves as a jumping off point for discussions about the impact of colonialism on indigenous cultures and economies, as well as the creativity of local artists who adapted Asian and European motifs to create new forms. 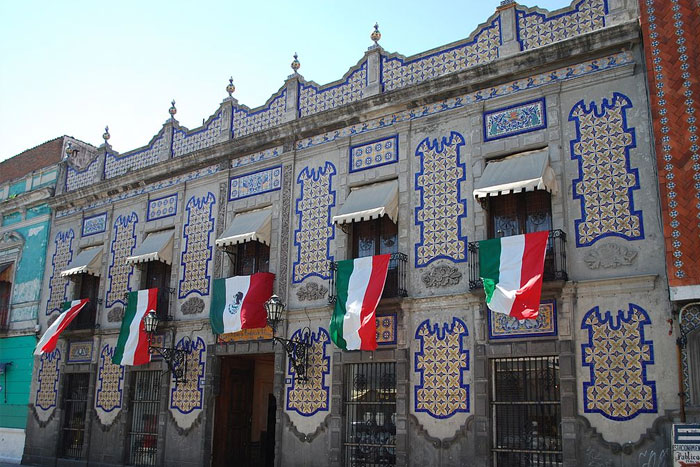 Facade of the Uriarte Talavera pottery workshop in the city of Puebla, 2010, Photo: Alejandro Linares Garcia via Wikimedia Commons

Today, there are over 50 ceramic workshops active in Puebla and Talavera Poblana remains one of the most important ceramic traditions in the Western Hemisphere.

There is still much to learn about this object and its history, and we look forwarding to sharing more information with you as our research continues.

© Copyright 2021 Gardiner Museum.
This Website Was Developed With Support From The Museums And Technology Fund, Ministry Of Tourism And Culture, Government Of Ontario. Policies
We're open from Wednesday - Sunday with free admission, hands-on activities, dining, shopping, and more!Learn more