The Gardiner Museum Wins Best Of The Best At PUG Awards 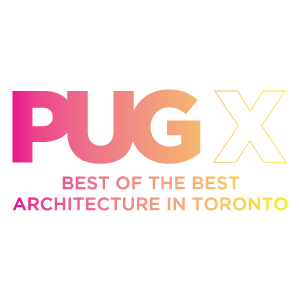 You may recall that in 2007 that the Gardiner Museum won high praise from the Pug Awards when our building won the People’s Choice Award for Best Commercial & Institutional Building.

Last night we were once again honoured – this time with the Pug Award’s Best of the Best Architecture Award in Toronto of the Past Ten Years (Commercial Category).

The award is confirmation of what we have believed for the past decade – that our building is one of the most beautiful in the city. Our research consistently shows that it is one of our unique attributes that visitors find appealing, and that contributes to a positive impression when they visit.

We gratefully acknowledge the leadership of previous Executive Director, Alexandra Montgomery, and Helen Gardiner, the Honourary Chair of the Capital Campaign, who led the transformation of the Gardiner Museum, designed by Bruce Kuwabara and Shirley Blumberg of KPMB Architects. We re-opened to great acclaim in 2006. We also recognize the leadership of William Hewitt and Aaron Milrad, who were the Chairs of the Board during the capital campaign.

The transformation of the Gardiner Museum would also not have been possible without the generosity of the Canada-Ontario Infrastructure Program, Government of Canada, Government of Ontario, a transformative gift from Helen Gardiner, two anonymous gifts over $1 million, and the gifts of over 25 individual donors who gave over $100,000 to the capital campaign.