Home / Blog / Your portal to porcelain: Our Japanese gallery is going interactive
Blog

Your portal to porcelain: Our Japanese gallery is going interactive 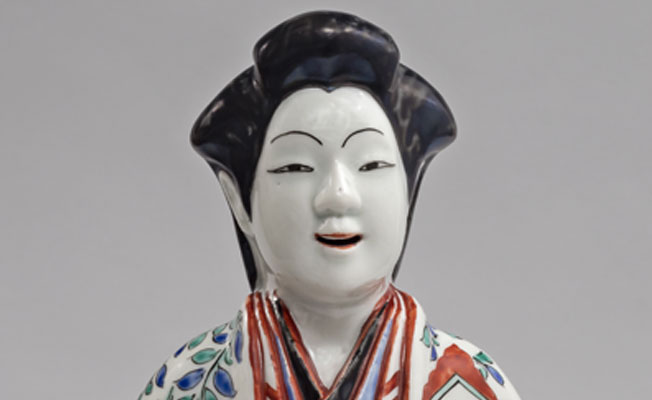 An important part of the work undertaken by our curators is to offer the public new ways of engaging with permanent collection objects. We’re currently in the final stages of developing a digital interactive that will enhance our ability to interpret and bring aspects of our historical collections to life. The project will cast new light on our significant holdings of Japanese porcelain and Japanese-inspired ceramics from the Macdonald Collection. An interactive portal located in the gallery will offer visitors the opportunity to enrich their experience through a range of thematic stories, objects highlights, collection areas, and even games. The full content will also be available on a website that can be accessed by audiences all over the world.

One of the main objectives of this research and interpretation project is to demonstrate how ceramics connected geographically distant parts of the world, as objects circulated through trade in the 17th and 18th centuries. The collection of over 300 pieces also invites us to reflect on the social role of objects in Japan and Europe, highlighted both their differences and similarities. Finally, the project allows us to present ceramics within a much broader network of objects in other media, highlighting fascinating conversation between art forms.

This brief discussion of three objects made in Arita, Hizen—where the secret for making porcelain was discovered in Japan around 1610—offers a preview of how we’re creating dialogues between objects through theme and decoration. 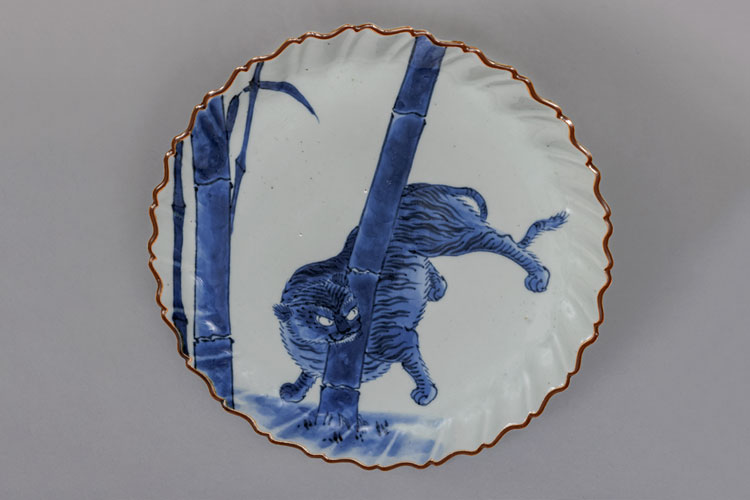 The decorative themes and forms found on Japanese pottery are fully embedded in the culture of the time. A brief look at the Gardiner’s collection quickly reveals the predominance of animals and plants as decorative motifs. This plate with a tiger amid stalks of bamboo made c. 1650 is a beloved example. The tiger symbolizes courage and is also one of the animals of the Japanese zodiac. It was therefore common in the art of the period, although the tiger is not native to Japan. It is instead through Chinese culture and images that it came to be known. It took on a mythical character, both in appearance and beliefs, as it was said to live a thousand years.

Artists used second-hand sources when representing tigers. Earlier paintings, such as this hanging scroll dated to the late 15th to early 16th century, are among the visual precedents for the tiger’s representation in porcelain. Both objects show the tiger amid stacks of bamboo, a traditional animal/plant pairing that also originated in Chinese culture. The combination signified flexibility and strength.

Bold patterns and asymmetry characterize the unique style of decoration developed by Japanese potters and enamellers in the mid-17th century. This is exemplified by the blue-and-white tiger and bamboo plate, as well as by Ko-Kutani type dishes decorated with more abstract patterns and compositions in coloured enamels. These two highly refined dishes moulded as leaves testify to a unique design sensibility that appeared in different media. More specifically, the asymmetrical design with cropped and overlapping elements demonstrates how decorators found inspiration in textiles and fashion, possibly employing pattern books known as hinagata bon as sources for motifs. These publications with woodblock illustrations emerged in the 1660s and offered costumers selections for ornamenting a kosode, the predecessor of the modern kimono. 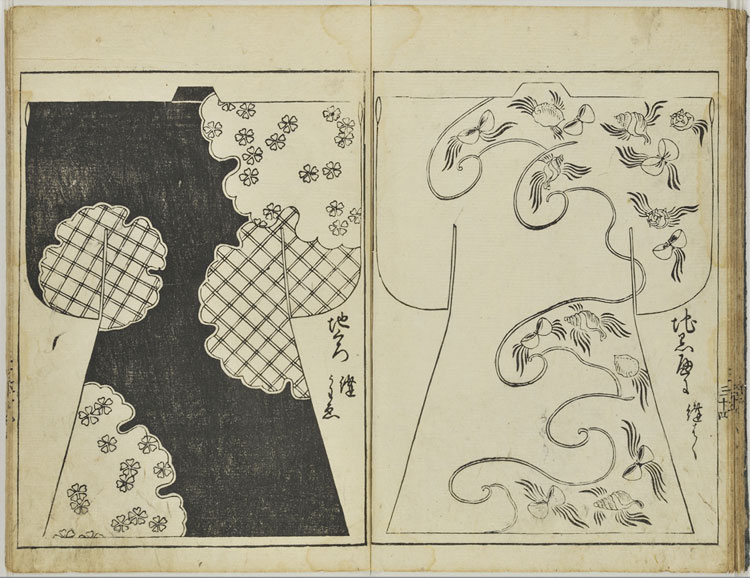 Small porcelain dishes such as these were probably used to serve the kaiseki, the light meal that traditionally accompanied a formal tea ceremony, or perhaps in the context of a banquet. In both situations, they would have been as fashionable as the kosode worn by trend-setting women.

A bijin in sumptuous dress 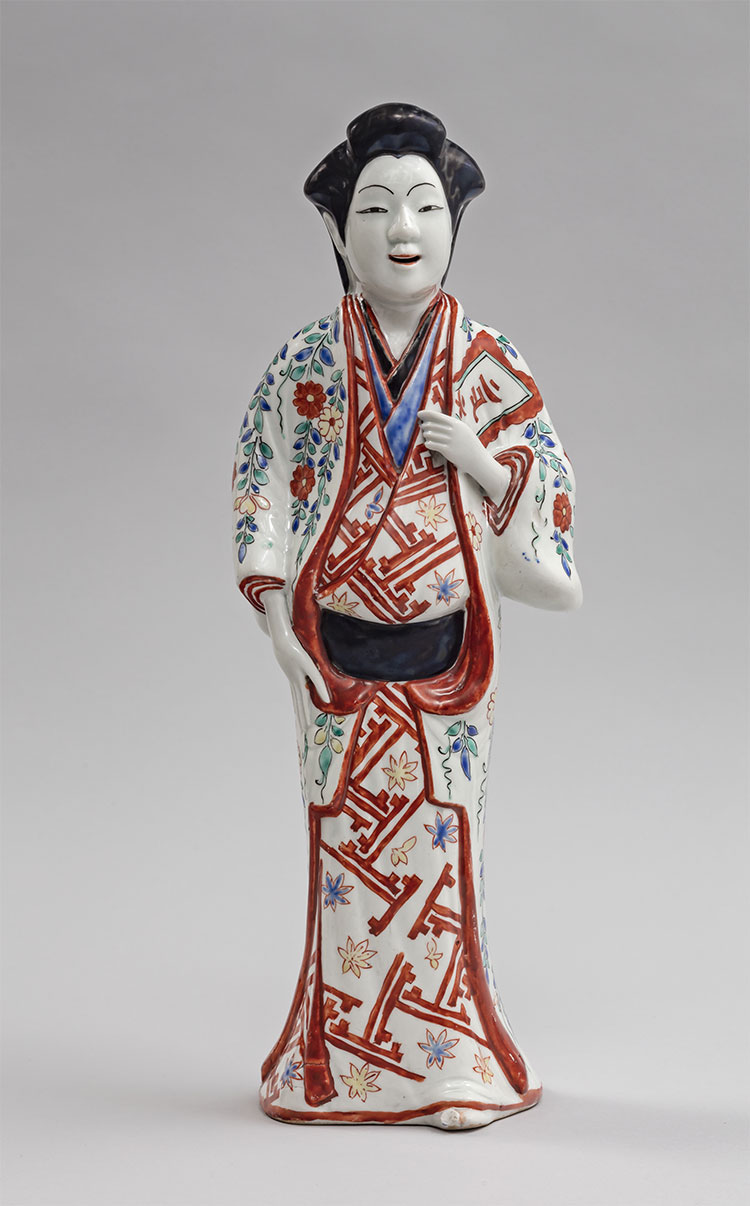 Porcelain enamellers also tried their hand at textile design when decorating figures of bijin, meaning “beautiful woman.” This figure, made c. 1680-1700, wears a highly ornate kosode, decorated with bamboo leaves and a geometric pattern on the front and trailing foliage and a wave pattern on the trim and back. The floral design on the back of the kosode brings to mind a splendid silk-embroidered example from the same time period at the Minneapolis Institute of Art. 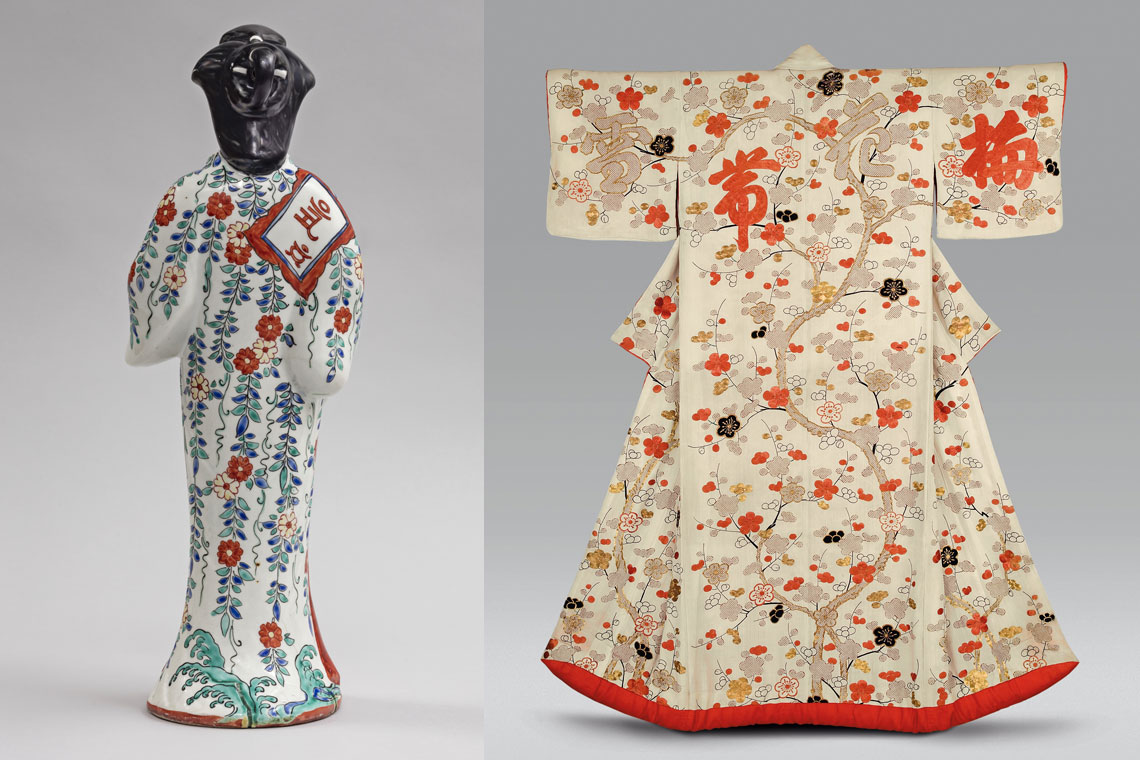 The word kosode literally mans “small sleeve robe,” in reference to the small wrist opening, and was tied with a sash—features that can be seen on the figure. Its construction remained unchanged during the Edo period, as styles and fashions were expressed through fabrics, colour, and patterns. 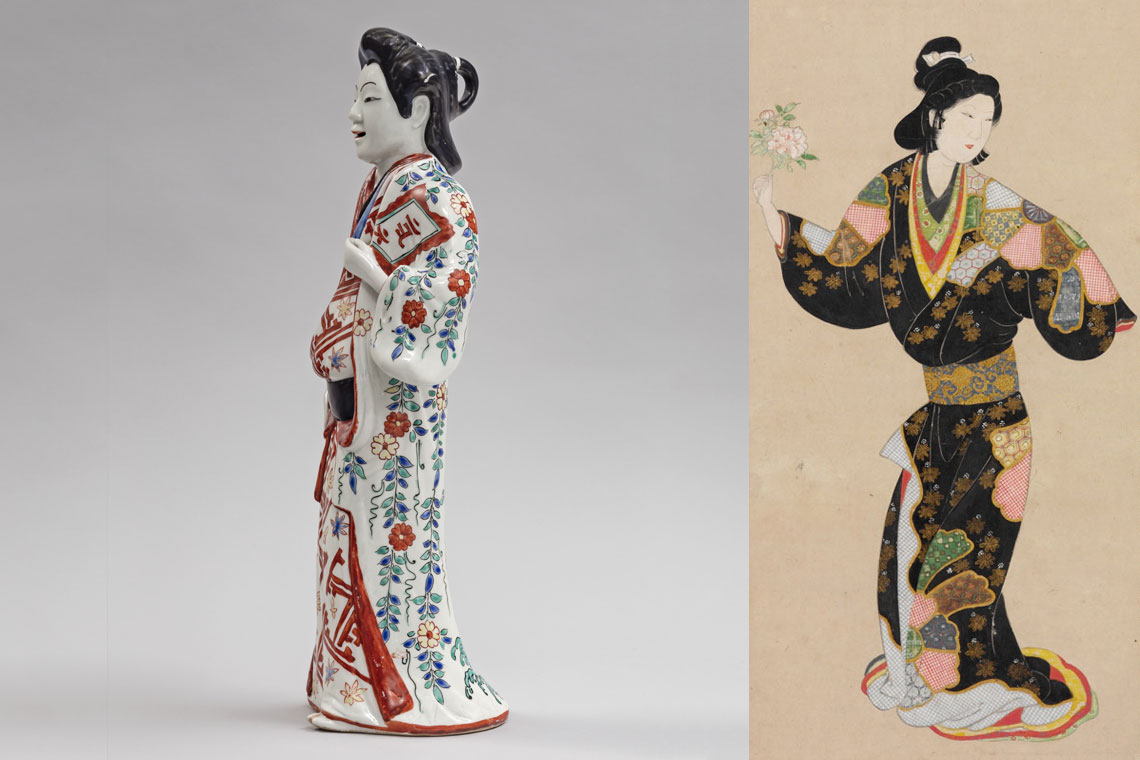 The bijin’s sumptuous kosode, upswept coiffure (hyōgo mage), whitened skin, and red lips suggest the figure’s association with the women of the pleasure quarters of urban centres, including high-ranking courtesans known as tayū, some of whom reached fame for their beauty and artistic skills. Porcelain bijin were possibly inspired by small dolls with clay or wooden heads portraying famous courtesans, and show great affinity with female representations in painting known as Beauties of the Kanbun era.

Stay tuned for more ceramics stories as we unveil this new digital interpretation project this fall. The project is supported by the Macdonald Family Foundation.