In 2013, Jun Kaneko, a ceramic artist who lives and works in Omaha, Nebraska, unveiled a monumental glazed ceramic sculpture in front of the Gardiner. The piece, called Untitled, was made in 2002.

Jun Kaneko (American, born Japan 1942) studied painting in his native Japan as a young man. In 1963, he moved to the United States where he studied ceramics with a number of influential artists from the California School, including Peter Voulkos and Paul Soldner. Although Kaneko is best known for creating large-scale ceramic sculptures and installations, painting has remained an important part of his artistic practice throughout his career. In recent years Kaneko has also branched out to design opera sets and costumes for several productions in Omaha, Atlanta, Philadelphia, and Vancouver. 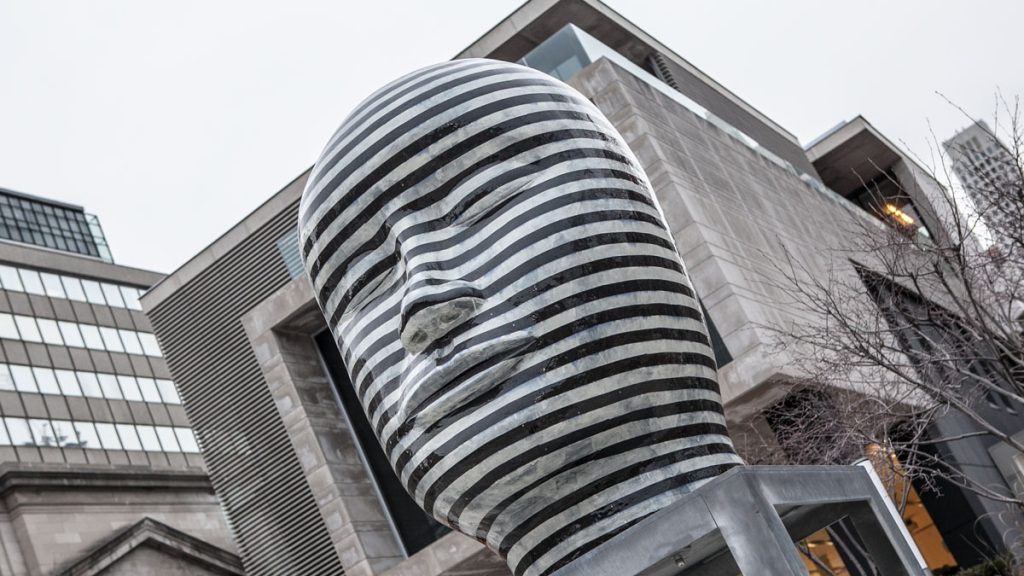 Other Collections in Public Art 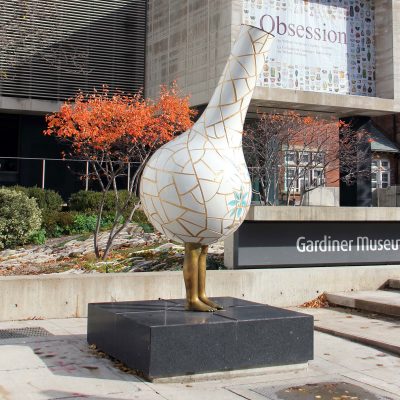