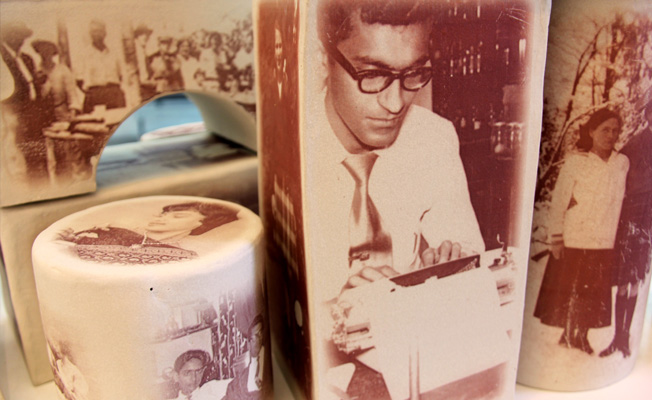 Heidi McKenzie is a Toronto-based ceramic artist. In 2009, she apprenticed in her father’s ancestral home of India under the mentorship of Mansimran Singh, a student of the acclaimed British studio potter, Bernard Leach. McKenzie graduated from Sheridan College in 2012 with a Diploma in Craft & Design, and received her MFA in Criticism & Curatorial Practice from OCADU in 2014. Her work has been exhibited all over the world, including in Romania, Hungary, Italy, Indonesia, Denmark, Australia, and the United States. McKenzie’s new exhibition in the Gardiner Shop, Family Matters, speaks to her family’s histories through photographic imagery coupled with abstract representation. 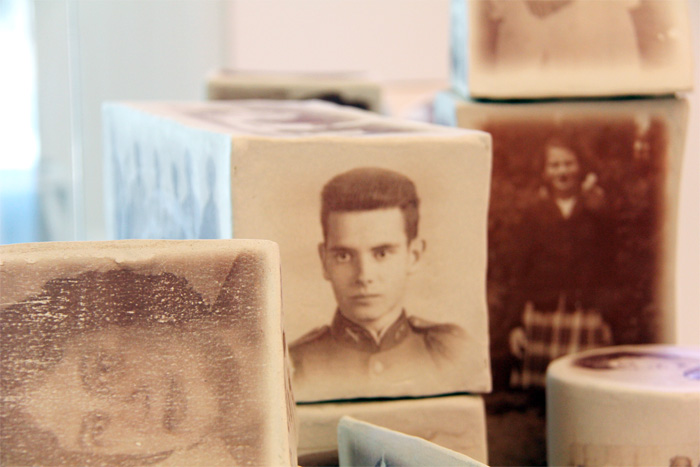 Can you tell us about the inspiration behind the exhibition?

I’ve been working with photographic images on clay since I learned about the process during a residency at Guldagergaard in Denmark in 2014. The first piece I made was a self-portrait titled Moving Forward. I had turned to slip casting as my pelvic and kidney disease prevented me from working on the wheel. I felt trapped by my own human vessel for many months—the piece emerged from that space and sense of isolation.

Amost at the same time, I decided I wanted to honour my father. He graciously allowed me to photography his body in close-up—scars and all—about six months before he passed. An abstract mobile that translates my father’s struggles with his own body onto clay emerged in the form of a piece called Body Interrupted. I was inspired to continue to honour my father who passed in 2016, and House of Cards seemed like a natural fit. I had been thinking about the idea of building a house of cards in ceramics for many years.

I also found myself making a piece about my childhood, growing up in Fredericton, literally “at the corners of Canadianness,” which served as the inspiration for Postmarked. Again, I had been thinking for a long time about the metaphor of children’s building blocks and abstract clay forms with images of ancestry on them. I decided to make Building Blocks about my own family’s mixed Indo-Trinidadian/Irish-American heritage. All of a sudden, there was a body of work that tells the stories of my family. 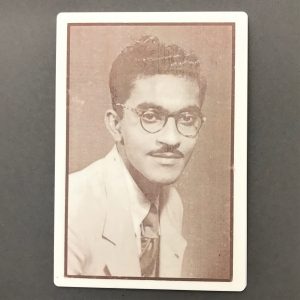 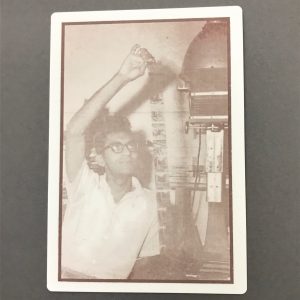 How did you choose which images to feature in the exhibition? Do you have a favourite image or piece?

Finding photographs of my father was like looking for a needle in a haystack. He was a very good amateur photographer and usually on the other side of the lens. I only found about twenty images of him after going through his entire slide archive of nearly 8,000 slides. I used all of these. I found the other images of him this spring in a photo album my sister had stored in her garage. A few others were given to me by his siblings. Some are iconic images, like the one of my great grandparents that I remember from my first visit to Trinidad at the age of seven. I had to get my cousin in Trinidad to photograph that and send it to me for the project.

My favourite photograph is of my great-great-great grandmother Roonia. She literally travelled by boat from India to Trinidad in the 1830s as an indentured worker. She is the matriarch of my paternal line. This image only came into my life through my cousin here in Toronto, after my late uncle’s passing in Trinidad about eight years ago. 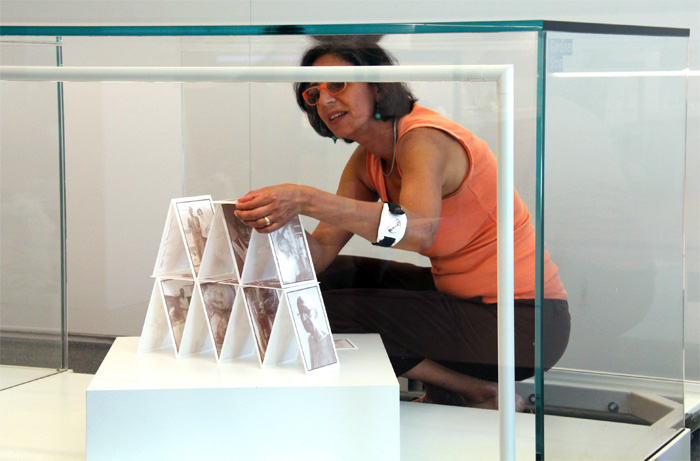 Can you speak to some of the materials you used?

House of Cards was inspired by a material that Robin Hopper [the renowned Canadian potter and teacher who passed in 2017] introduced to my class at Sheridan in 2012. It is porcelain ceramic substrate that is pre-fired and comes in 0.025” thick pieces. It’s generally used in the tech industry for building electronic boards. Robin Hopper used it to paint on, draw on, and glaze with, rendering clay as canvas in a very literal way. He encouraged us to experiment. He always said “if you can think of something—just do it.” And so when I thought of firing iron-oxide rich waterslide decals onto that surface, I tried it, and I loved it!

What significance does identity and culture have in your practice?

This work is all about identity and culture. It’s about telling the stories of who I am and where I came from. It’s about locating myself in a virtually monolithically white milieu as a child; about telling the stories of my parent’s struggles in the face of often violent racism; about really seeing who these people were in my past—both sets of great grandparents posturing to emulate a notion of ideal Victorianism—one as the colonizer, the other as the colonized. It’s all these things, and all of these things are about identity and culture, which is central to my sculpture practice. 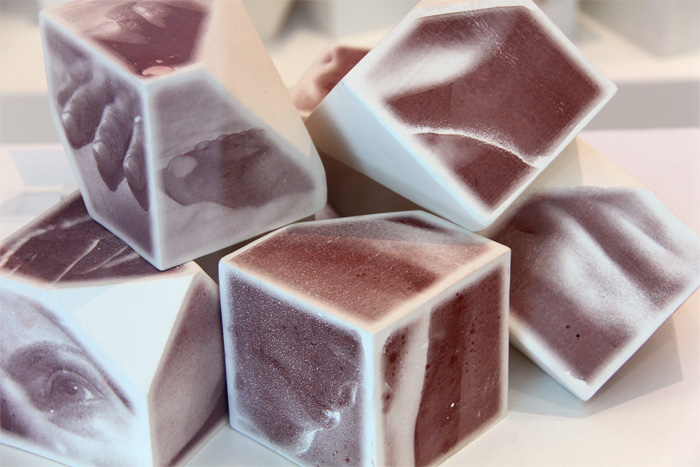 You have described working within specific palettes or ‘ideascapes.’ When did you notice these trends in your work, and why did you decide to focus on them?

That’s a good question. For whatever reason, I have always been a conceptual artist. I have always wanted to work in abstraction. My work has always been generated by a need to express an idea or a set of ideas. Maybe that’s because I started working in clay after the age of forty. When I was in Hungary last spring and working with many younger Hungarian and Canadian artists, I realized during the artist talks that it was only those of us who were at mid-life or later who were working in ‘ideascapes,’ whereas most of the younger artists were working in aesthetics and beauty. Don’t get me wrong—there was lots of deep thinking and profound expression, and extreme technical expertise and execution in those works—but working with a series of ‘ideascapes’ might be something that comes out of having experienced life and the hardships of life in a way that necessitates being told through art.

Heidi McKenzie: Family Matters is currently on view in the Gardiner Shop until the end of August. Join us for a meet and greet with Heidi on July 24 at 5:30 pm, followed by an artist talk from 6 – 7 pm. Learn more here.

© Copyright 2022 Gardiner Museum.
This Website Was Developed With Support From The Museums And Technology Fund, Ministry Of Tourism And Culture, Government Of Ontario. Policies
The Gardiner Museum will reopen on Monday January 31.Learn more