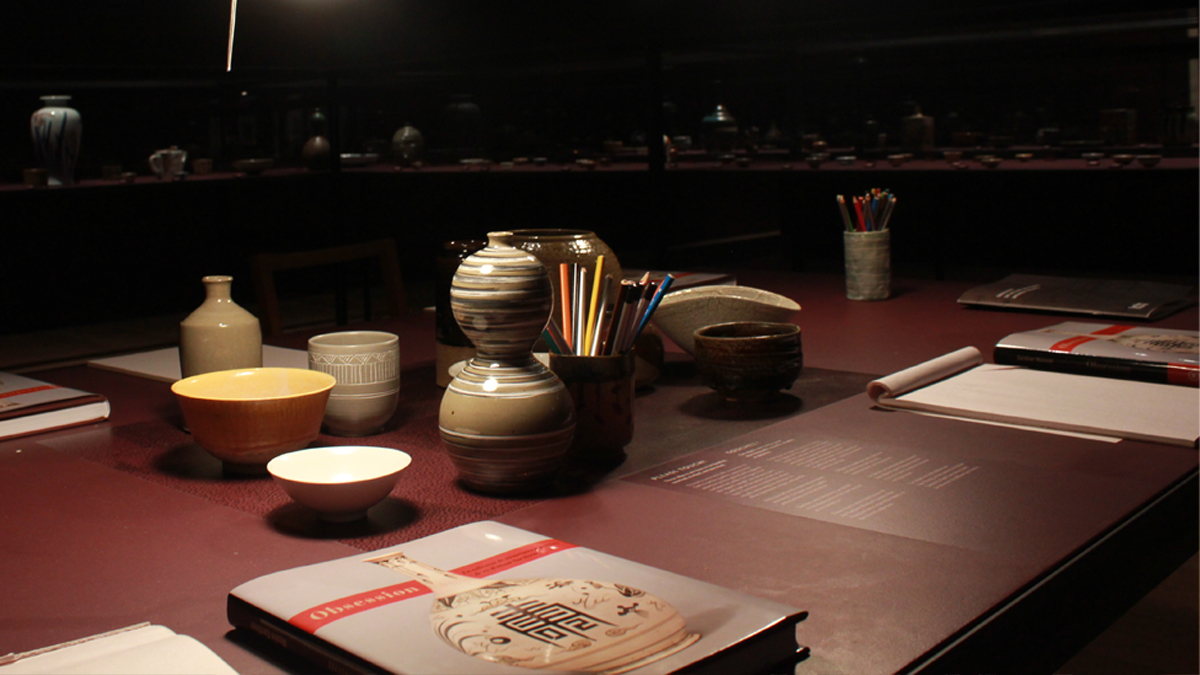 What does it mean to display a historical collection’s imperialist impulse? Artist Amy Wong, alongside moderator Amy Lam, leads this workshop intensive to unpack the demand for QBIPOC arts labour to drive institutional critique. The teach-in will result in the collaborative creation of a limited edition book jacket for the catalogue for Obsession: Sir William Van Horne’s Japanese Ceramics, to be released in January 2019.

Amy Wong is an Angry Asian feminist disguised as an oil painter. She is the founder of AAFG, a collective dedicated to dialogue centred on Diaspora Asian concerns. Foregrounding care labour, Wong conditions spaces for thinking through together to aspire towards feminist and decolonial ways of being. Wong’s paintings, drawings, mixtapes, healing soups and other performative actions layer diverse references, oscillating between different systems of representation to evoke non-linear narratives. She often works with what she considers a bad idea or a cliché in order to redefine them on her own terms.

Amy Lam is an artist, writer, and editor. She works with Jon McCurley as the artist duo Life of a Craphead. Their work spans performance art, film, and curation. The name Life of a Craphead comes from the opening joke of the very first live comedy routine they performed together in 2006. Their most recent body of work, titled Entertaining Every Second, deals with experiences and representations of Western imperialism in Asia. The title comes a Nam June Paik quote: “I am a poor [wo]man from a poor country, so I have to be entertaining every second.” The exhibition premiered at Truck Gallery and M:ST Biennial, Calgary in fall 2018 and will travel to aka artist-run, Saskatoon, and Centre Clark, Montreal, in early 2019. Life of a Craphead were longlisted for the 2018 Sobey Art Award and are inaugural recipients of the Sobey Art Award Residency at the Delfina Foundation, London U.K.

The second half of the 19th century was a golden age of collecting in Europe and North America. The epicenter in Canada was Montreal, then the country’s economic powerhouse. In a period of colonial expansion, its business leaders collected and displayed European and Asian art to convey their emerging power and status. Sir William Van Horne (1843-1915), the American-born builder of the Canadian Pacific Railway, was one such collector.