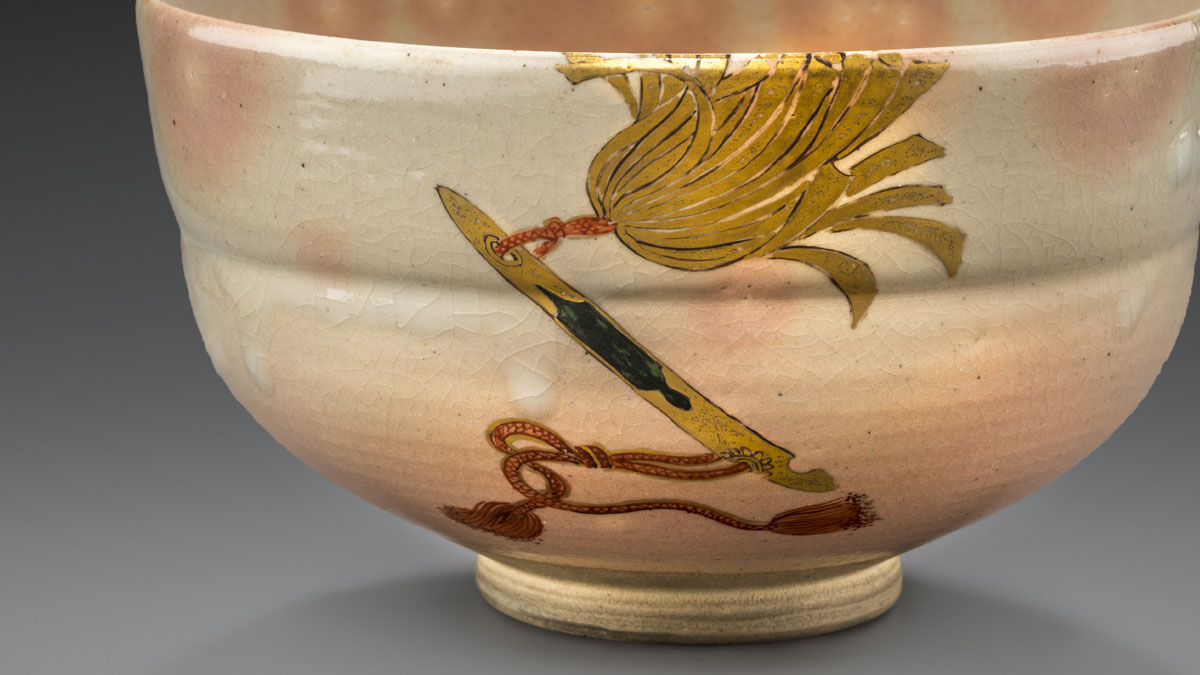 The second half of the 19th century was a golden age of collecting in Europe and North America. The epicenter in Canada was Montreal, then the country’s economic powerhouse. In a period of colonial expansion, its business leaders collected and displayed European and Asian art to convey their emerging power and status.

Sir William Van Horne (1843-1915), the American-born builder of the Canadian Pacific Railway, was one such collector. While the public rooms of his Montreal mansion included masterpieces by Rembrandt, Turner, and others, he confessed to loving the Japanese ceramics in his private study most of all.

The opening of Japan after 1854 sparked a fashion in the West for collecting Japanese objets d’art including ceramics. Some scholars and dealers soon became fascinated by the bowls, jars, and vases made for domestic use rather than export, seeing them as more authentic. Van Horne became passionate about these modest pots, assembling a collection of over 1,200 examples.

This exhibition reunites for the first time what survives of Van Horne’s collection, alongside his exacting watercolors, elaborately annotated notebooks, letters, and related archival material. Together, these artifacts offer a remarkable case study in the history of collecting in late-19th century Montreal, highlighting Van Horne’s place in an international network of connoisseurs and the imperialist impulses behind his taxonomic acquisitiveness. Above all, they reveal the little-known obsession of one of the greatest collectors in Canadian history.

Obsession: Sir William Van Horne’s Japanese Ceramics is organized by the Gardiner Museum in partnership with the Montreal Museum of Fine Arts. This exhibition includes artifacts generously provided by the Royal Ontario Museum and the Art Gallery of Ontario. It is guest curated by Ron Graham and Akiko Takesue, assistant guest-curator, with exhibition design by Hariri Pontarini Architects and graphics by HM&E. This project is supported by Canadian Pacific and the Government of Canada through the Department of Canadian Heritage’s Museum Assistance Program.

Saturday October 20, 9 am – 12 pm
Insights: Obsession
Co-curators Ron Graham and Akiko Takesue, alongside catalogue contributor Laura Vigo, Curator of Asian Arts at the Montreal Museum of Fine Arts, will discuss the exhibition themes in a mini-symposium before the exhibition opens to the public.
$15 General / Free Gardiner Friends

Saturday October 20, 10 am – 5 pm
Friends Day: Obsession
Gardiner Friends are invited to bring their friends and guests for a full day of free admission to the exhibition Obsession: Sir William Van Horne’s Japanese Ceramics. As a Gardiner Friend, you can bring unlimited guests free of charge on this day!

Tuesday October 23, 6:30 – 8 pm
From Sèvres to Fifth Avenue: Ceramics at the Frick
Like Van Horne, Henry Clay Frick was a significant industrialist in the early part of the 20th century who built a significant private collection from his wealth. As part of the Gardiner Signature Lecture series, we’ve invited Ian Wardropper, Director of the Frick Museum, to speak on the formation of Frick’s collection
$18 General / $15 Gardiner Friends

Wednesday November 7, 6:30 – 8 pm
Power and Possession: The Ethics of Collecting
Hosted by Sean O’Neill of CBC’s In The Making, this panel will dive into how issues of appropriation and repatriation are shifting how we frame and exhibit significant historical materials.
$18 General / $15 Gardiner Friends