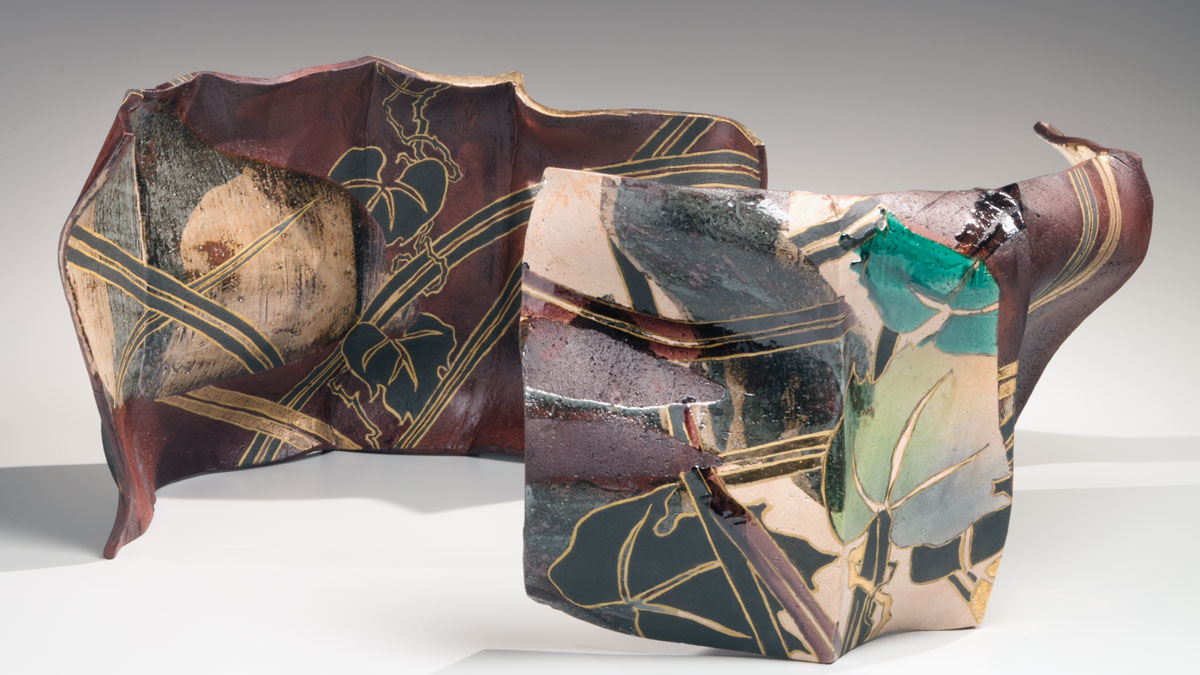 Today, Japanese clay art is experiencing one of the richest and most diverse periods in its long history. Throughout 2018, three lobby displays, curated by Joan B. Mirviss, an authority on Japanese ceramics and a New York City gallery owner for 40 years, will feature the work of ground-breaking Japanese ceramists who stand on the world stage, boldly asserting their independence, creativity, and technical genius.

Form + Function shows vessels created for use with floral displays or referring, sometimes loosely, to that function. As Japanese ceramics have evolved through the centuries, form has always played the central role in their aesthetics; even vessels created for everyday use display a sophistication of form. Since antiquity, Japanese potters have continued to develop new shapes and techniques that, while based on indigenous regional styles or ancient prototypes, have also drawn from foreign sources, principally from China, Korea, and more recently, the West.

Header: Nakamura Takuo (b. 1945), Vessel that is not a Vessel, 2016, Stoneware with kutani-style glazes, Collection of the Gardiner Museum G17.6.1a-b, Photography by Richard Goodbody