Object Spotlight: The Mysterious Journey of a Japanese Treasure 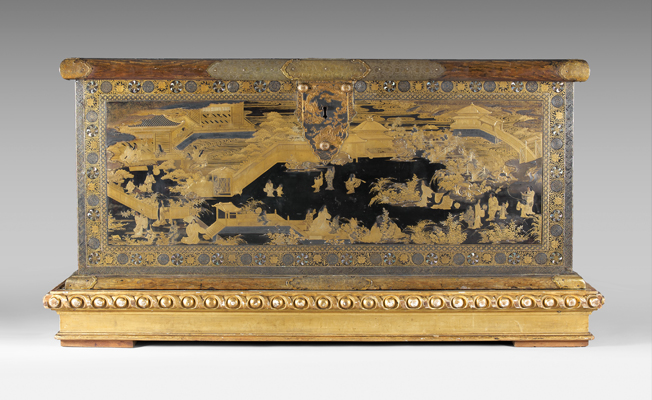 In the 17th century, Japanese artisans produced lacquerware of unprecedented quality, enchanting domestic and international customers with intricate brocades, deep black lacquer, and luxurious gold and silver decoration. One of the finest examples of lacquerware from this time is an extraordinary chest acquired by the Rijksmuseum six years ago. Originally made for export to the Netherlands in the 1630s, it mysteriously disappeared in the 19th century. 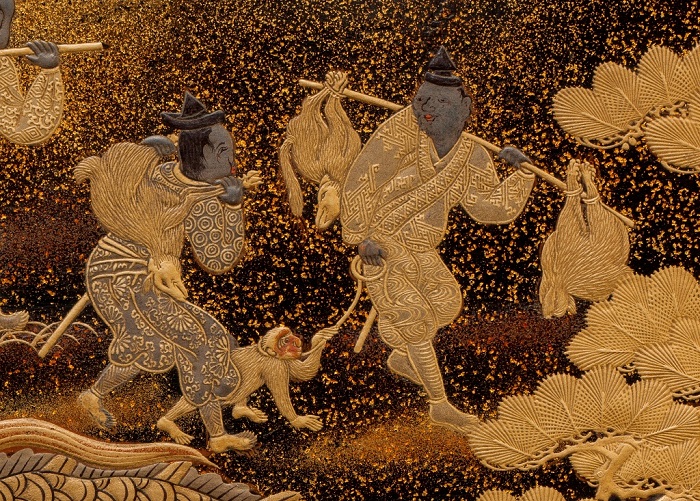 After 1641, the foreign export of Japanese lacquer work of this quality became increasingly rare,  however, the Dutch East India Company managed to ship twelve magnificent objects to the Netherlands around this time, including this chest. It was later purchased in Amsterdam in 1658 by France’s Chief Minister, Cardinal Jules Mazarin, one of the foremost art collectors of his day. It then vanished mysteriously in the early 20th century and was assumed to have been lost in London during WWII.

Despite a search launched by the Victoria and Albert Museum in the 1990s, it wasn’t until a few years ago that the chest reappeared in a local French auction. Acquired by the Rijksmuseum in 2013, the chest finally made a grand return to the Netherlands after more than 350 years.

To learn more about the fascinating story behind this extraordinary chest, we chatted with Menno Fitski, Curator of East Asian Art at the Rijksmuseum.

In 2013, the Rijksmuseum acquired a 17th-century Japanese lacquered chest of unprecedented quality. What’s the significance of this piece?

The chest is an extraordinary work of art: one of the greatest pieces of lacquer ever to be exported from Japan. It belongs to a select group, made around 1640, when the Dutch traders managed to secure top-quality pieces from the lacquer workshops in Kyoto. None of these pieces remained in Holland, so when this unique object came onto the market, we just had to have it.

Can you tell us about the origin of this chest?

It was probably ordered by an employee of the Dutch East India Company’s headquarters in Asia, in Batavia, present-day Jakarta. They were making vast amounts of money, especially from the trade with Japan, which was particularly profitable at that time. This lead to a culture of extravagance, in which there was room for the purchase of such an exuberant lacquer chest, decorated with extensive amounts of silver and gold. 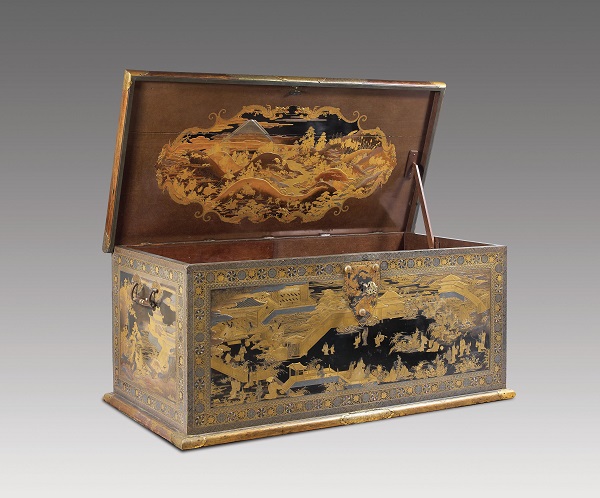 Who was the original owner of the chest?

We don’t know!​ It may well have been a private order and the official records don’t provide sufficient evidence as to who purchased it and when. Of course, I am very curious to know and am trying to find out, but for now, it will have to remain an educated guess.

The chest mysteriously disappeared in the early 20th century—can you speculate as to what happened to it, and how it made its way to a local French auction in 2013?

That is a very exciting story. Until 2013, all that we had was a black-and-white photograph in a 1941 auction catalogue, after which it vanished from sight. The V&A Museum, which has a similar chest, launched a search in the 1990s to try and locate it, but to no avail. In the end, the chest appeared to have lived, unnoticed, within a stone’s throw of the museum.

What does the design and motifs on the chest reveal about decorative arts and culture at the time?

The design is a curious mixture of Japanese and European motifs, as is often the case with art that was made for export, and it reflects the world for which it was destined. Batavia, where the client who ordered this chest resided, was a melting pot and the culture has been described as ‘hybrid’. May we describe the chest therefore as ‘hybrid’? In any case, it is one of the absolute top pieces of decorative arts in existence.

Menno Fitski will be speaking about the Rijksmuseum’s rich collection of Japanese lacquerware and kakiemon porcelain, including this extraordinary chest, at an upcoming Gardiner Signature Lecture on September 24. Learn more and purchase tickets here.